How to Distinguish a Herniated Disc from Common Back Pain

While common back pain disappears after a few hours or rest, herniated disc symptoms can last for days or even weeks. 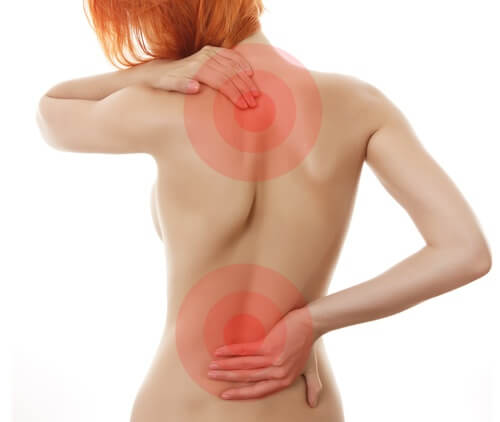 A herniated disc happens to be one of those conditions that a lot of people tend to ignore, thinking that it’s a common back pain. But it becomes more worrisome when the symptoms become more severe over the course of a few days, becoming more difficult to treat.

Oftentimes people prefer to ignore back tension, thinking it’s normal or temporary.  But in fact, it shouldn’t be this way. It could be a sign that something is going wrong.

That’s why it’s important to know how to differentiate between a herniated disc and a common back pain, and to try to treat them appropriately.

Back pain is one of the most common medical problems around.  In fact, 8 out of 10 people are estimated to experience back pain at some point in their lives.

Several different factors could influence back pain, as well as its intensity and duration.

The majority of these types of pains are generally mild and disappear naturally after resting or exercising the affected area.  A lot of times, however, the discomfort continues to reappear, and could create a more chronic problem which requires more attention.

But let’s get deeper into the signs you should look for when trying to set both pains apart. Keep reading!

What is a herniated disc?

The vertebrae in the spine are separated by a type of cushion, which serves to soften possible trauma, preventing nerves from being squished.

These discs facilitate vertebral movement, allowing the body greater movement like crouching or stretching to reach something.

Over the years, however, they lose their elasticity and become less flexible than they were in younger years. From then on, they grow weaker and, with certain movements, can become dislodged (herniated). They can even break if exposed to excessive injury or force.

An individual would start to experience intense pain on one side of the body, along with numbness, weakness and difficulty moving. Afterwards comes the diagnosis of a herniated disc.

5 Yoga Poses to Practice If You’re Not Very Flexible

What is the difference between a herniated disc and back pain?

The primary symptom involved with a herniated disc is back pain that slowly increases in intensity (which is how it is typically confused with common back pain).

In order to differentiate this from normal back pain, you must understand that pain with a herniated disc increases when coughing, stretching the body, or by sitting for prolonged periods of time.

Generally, laying down with your knees bent, or walking rather than standing for long periods of time, is less painful. When experiencing a herniated disc, one generally experiences a sense of loss of strength caused by pinched nerve endings. This does not happen with common back pain.

If you’re dealing with a chronic problem caused by breaking or injuring a disc, the spinal chord can become compromised. The individual may lose control of his/her urination and bowel movements.

One of the most evident symptoms of a herniated disc is that the pain lasts for days or even weeks, while common back pain disappears within a matter of hours, or after rest.

What to do if you have a herniated disc

The first thing to do if experiencing signs of a herniated disc is to see your doctor immediately to assess the severity of the problem.

Surgery may be an option for treating this condition, although it does not guarantee 100% elimination of pain.

That’s why a lot of patients who have been diagnosed with a herniated disc have found alternative medicine treatments to improve their problem and prevent it from affecting their quality of life.

6 Body Parts You Should Massage

In addition to these therapies, we also recommend a few tips for calming the pain:

Yoga for Back Pain
Yoga for back pain is a great way to relax the muscles. While there are several factors that influence back pain, breathing through yoga helps alleviate it. Read more »
Link copied!
Interesting Articles
Anatomy and physiology
Normal Prolactin Levels and Why They Can Change