How To Deal With Liars

Confronting someone who lies to us is doing a favor not just to them, but also to ourselves - it's a way to demonstrate the principles we want to live by. 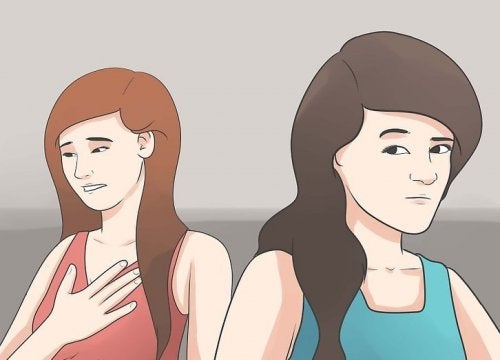 The problem, though, is that sometimes there’s simply no alternative. For reasons out of our control, sometimes it’s impossible to avoid dealing with people like this, as much as we might like to.

It’s a good idea to avoid liars as much as possible, because their lies are like an emotional scam. They generate great discomfort, because the victim feels disappointed, not to mention manipulated. Such feelings are, of course, not a great way to create or sustain a bond with someone.

Some people lie because they just like to make things up. Others do it because they are embarrassed or afraid to show themselves as they truly are. There are others who tell lies with the express purpose of deceiving others.

As we’ve seen, people lie for a host of different reasons. However, it’s important to remember that none of these reasons are valid.

Dealing with a person who lies is never easy, but there are a few things we should keep in mind when we’re approaching such a situation. Make sure you pay close attention to the following:

Use Hard Evidence to Deal With Liars

Once you’ve figured out that someone you know is lying regularly, there are several possible ways forward.

One of them is simply to get as far away from that person as possible. However, that’s not always an option. Whether the person in question is a co-worker, our boss or our partner, there is often no choice.

In any case, it can be a good idea to decide to confront the person who is lying to you.

That’s because the best way to deal with a person who lies is by confronting them. To do this, it’s necessary to collect some hard evidence. Although it may seem a little over-the-top, it’s a good idea to take note of each of the lies the person tells you. Look for evidence that what they are telling you isn’t true, and keep all the information at hand. Once you have gathered a good quantity of evidence, it’s time to advance to the next step.

At this stage, dealing with a person who lies requires a great amount of tact. It’s not a good idea to simply reveal the information you have at once – this could actually be counterproductive.

If you can, it’s good to get the person to explain why they’ve been telling lies. You never know – while there are cynical liars, there are also others who, in truth, are simply very tormented people.

It could be that this person lies because they underestimate themselves and don’t accept the truth about themselves. Or it might be that he or she is simply a person who enjoys deceiving those around them. Whatever the case may be, it’s important to calmly invite the person to justify their behavior.

People who deep down have a good character will take the opportunity to apologize for lying. On the other hand, some people will simply flat-out deny all the evidence against them, and try to get out of the situation by lying even more.

Try Out a Pact

It’s important to make it very clear that lying behavior completely undermines confidence. You should make sure you say this directly to the person who lies, and clearly express the consequences of lying.

Tell that person just how it feels to be deceived by someone, and point out trust is something that can’t be recovered easily.

The next step, after expressing how their behavior has made you feel, is to try out a pact of sincerity. However, bear in mind that you can’t expect that the person will stick to their end of the bargain 100% – a liar can’t be expected to change overnight.

However, what’s important is to make sure that the person in question has a sincere intention to comply with the pact, even if they won’t be able to fulfill it right away.

Understand That Nobody Can Simply Change Another Person

Confronting someone who lies is a huge step. It means that the person in question has no choice but to realize that they lies are being noticed by others. They will understand that, while they may be able to deceive people with their lies from time to time, they will inevitably be discovered sooner or later.

This realization will make the person take stock and, hopefully, try to change their ways.

For those who take on the burden of confronting the person who lies, this can also be a very positive experience. It’s an act of sincerity that works towards a common good. It shows that you’re not a person who can be cheated, and that you live by your principles.

However, above all it’s important to realize that, ultimately, nobody can change another person. The truth is that, in most cases, confrontation and good advice are not what causes a person to change themselves. Each one of us, in the end, has the responsibility and the choice to decide how we behave, and make changes if we feel it’s necessary.

In fact, there are pathological liars who only manage to stop thanks to expert professional help. Finally, we should remember that we can only be responsible for our own actions, and not those of other people.

Toxic Families and Their Characteristics
Toxic families are like small islands that consist of a home full of conflict, of orders, and dysfunction that affects all family members. Read more »
Link copied!
Interesting Articles
Relationships
What to Do if Your Partner Is Verbally Abusive