How to Calm Your Baby’s Hiccups

A baby’s hiccups are a more annoying symptom for the parents than it is for the little one. In spite of this, it is good to know some measures both to prevent and to treat them. 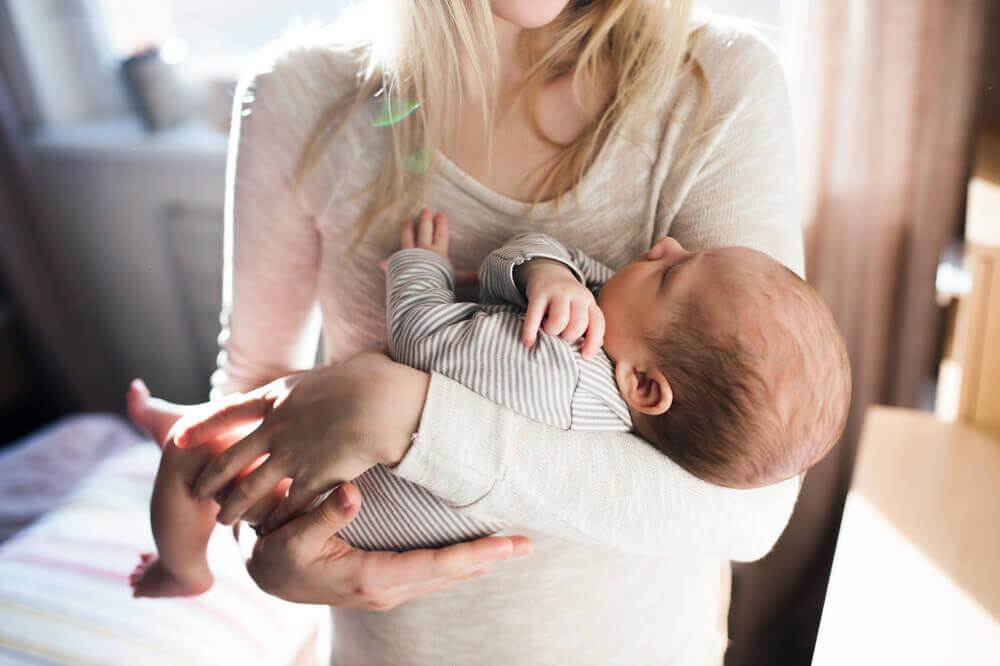 When a baby has hiccups, it can be a bit worrisome for parents, especially when they happen recurrently. However, contrary to what many think, that delicate “hip” “hip” isn’t anything serious, nor is it annoying for your little one.

Most newborns eventually experience it, but it is harmless and does not require specific treatment. In fact, just as it occurs suddenly, the symptom usually disappears by itself in a short time.

For some parents, it’s exasperating that this bothers their child again and again. Although it’s true that it isn’t serious, they almost always look for a solution so that it will not persist.

Luckily, various tips have been shared over the years for calming them in a matter of minutes.

Hiccups, also known as syngultus, are a symptom that is produced when the diaphragm repetitively, involuntarily and brusquely contracts. The diaphragm separates the lungs from the abdomen and plays a major role in breathing.

When we hiccup, instead of inhaling air, we exhale it. In addition, our vocal cords are also closed and, hence, the characteristic sound, “hip,” happens.

Usually, the hiccups disappear quickly. They’re not dangerous, and the baby regains its normal breathing.

Why do Babies get Hiccups?

It has not yet been determined precisely what causes babies to get hiccups. However, several theories have been proposed for some years. The most accepted ones suggest that a newborn’s nervous and digestive systems is immature.

Immaturity of the Nervous System

The nervous system is the one that controls all of the body’s muscles. When an irritation of the phrenic nerve and vagus nerve occurs, it triggers involuntary movements in the diaphragm.

How does this affect the baby?

Everything indicates that this system being immature affects the occurrence of hiccups in a baby. In this sense, premature babies, whose organs are more immature, get hiccups more than a normal baby. In addition, the symptom recurs more often before they are six months old.

Immaturity of the Digestive System

Babies have an “immature” digestive system and are more susceptible to having symptoms and discomfort as a result of this. Since digestive disorders often overstimulate the diaphragm, other reasons to explain hiccups include:

How Do You Calm a Baby’s Hiccups?

Hiccups usually only last for a few minutes in babies. Therefore, it’s not usually necessary make a great effort to try to fight them.

However, considering that it distresses some parents, it is helpful to know some techniques to make them go away faster.

Now, these tricks are not a “miraculous” formula to get rid of hiccups instantly. In fact, they do not work in all cases. However, they are worth a try.

Below, we will show you the most common:

Hiccups are a natural phenomenon that does not cause your baby pain. You should only consult your pediatrician when they are accompanied by intense crying or if they last for many hours.

7 Signs That Indicate You Should Take Your Baby to the Doctor
Keep an eye on the following signs because they'll advise you if it's necessary to take your baby to the doctor. Therefore, you can detect any health condition before it gets worse. Read more »
Link copied!
Interesting Articles
Babies
Discover Why Babies Stare