How to Avoid Feeling Guilty for Everything

Even though feeling guilty is a mechanism for bettering ourselves, if the only thing that it does is keeping us from moving forward. That's why we should learn to revise our feelings and to turn the page. 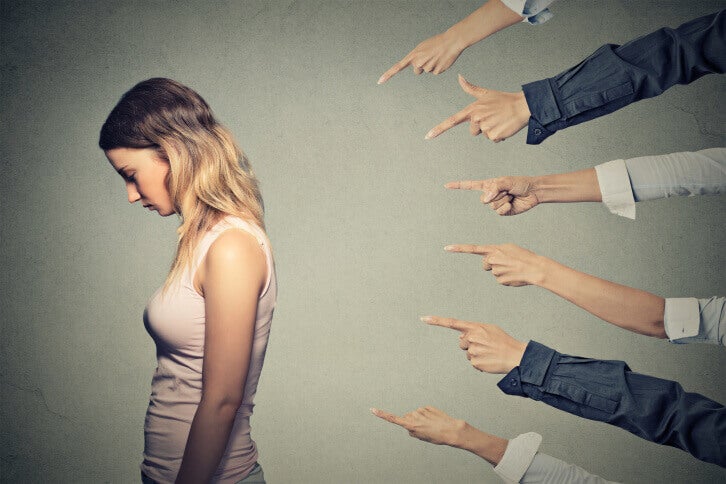 Guilt is a fairly common emotion in some people.

If you believe that you could have done something better and you can’t stop thinking about it, if you continuously remember your errors, or you think that you always make mistakes, then you should read this article.

As you read, you will learn how to stop feeling guilty in any situation.

Why is it normal to feel guilty?

There are different reasons that a person may feel guilty and can suffer because of it.

At a cultural and educational level, feeling guilty is a way to avoid making mistakes in the future or to allow us to doing something better the next time.

So, why do we feel guilt? These could be some of the reasons:

1. For moral or ethical reasons

Since we were young, we have been taught certain “correct” or “expected” practices of human beings according to the society and culture that we live in.

When we do something outside of these norms, we feel guilty. This is because it is considered an error or a lack of a pre-established code.

However, guilt can also just be an “in the moment” emotion that doesn’t lead to a change in habits or direction.

Maybe at first we feel a little guilty for doing something, but later “it’s forgotten” or we prefer to focus on the consequences of our actions.

2. Because we think it makes us better people

Unfortunately, however, we tend to have this idea that it is better to do something bad and feel guilty about it, since this emotion will “make” us morally superior. It’s as if by doing this, we could redeem and purify ourselves.

However, the important part isn’t the feeling of guilt. It’s the sincere repentance, as well as the way in which we work to fix our mistake.

Guilt is also a selfish response of human beings. It makes you feel like a bad person or that you are not at peace with yourself when you do something wrong.

However, these self-centered thoughts are very different from ethics (which is based around thinking about others).

Guilt can distract us and distance us from those around us. We are so concentrated on feeling guilty that it won’t end well for anyone else.

How to avoid feeling guilty

The feeling of guilt can appear at any time and place. In some people, it is more frequent and can result in depression, loneliness, anguish, regret, etc.

Continuously thinking about something that we have done “badly” can keep us from fixing our mistakes and learning from them in the future.

Pay attention to these recommendations to avoid feeling guilty all of the time:

Guilt can be productive or unproductive. In the first case, it will allow us to grow and mature; but in the second it is completely the opposite.

If we learn from our errors and use them as a lesson, we don’t have to feel guilty.

In the case of unproductive guilt, it doesn’t allow us to improve ourselves, and it can result in deep depression.

It isn’t wrong to think about something that you have done incorrectly. However, it becomes a problem when you are only thinking about the mistake and are not trying to fix it or make it better the next time.

We all make mistakes, but the attitude that we have when dealing with it is what defines us as a person.

A car accident, or not having said goodbye to someone who has just passed away, are typical situations that can leave us with guilt.

It might be a good idea to think about the fact that there are many things that we cannot change, and that we are not worse people because of that.

We can control everything around us. Thinking about what “could have been” isn’t healthy. We don’t have the ability to change the past.

3. Reflect on your emotions

In what moment or situation is the appearance of guilt most likely for you? Do a retrospective exercise and analyze why you feel guilty.

Once you’re aware of the habits or situations that make you vulnerable to feeling guilty, you can work on them and try to change or improve them.

This is a fundamental step so that the feeling doesn’t overpower you and your interpersonal relationships.

It isn’t wrong to feel guilty, but it isn’t good to hold on to that guilt for your entire life.

Accepting the problem shows that you recognize that you’re a human being and that you can make mistakes. But it also shows that you have the ability to change.

It’s difficult, and it takes time, but you will end up feeling better about yourself. Forgive yourself and you will live more peacefully, without so much pressure and social impositions.

Forgive Your Parents; They Did the Best They Could
Forgive your parents. Whether you believe it or not, their mistakes have had a positive outcome. It’s the fact that you, now that you are aware of them, can take a different path because you know better. Read more »
Link copied!
Interesting Articles
Did you know?
What Happens When you Drink Alcohol On An Empty Stomach