How Cancer Develops: A Detailed Explanation

Cancer is known for it's multifactorial nature In other words, there are many components that play an important role in a person that develops this type of illness. In the following article, we'll describe how cancer develops in detail. 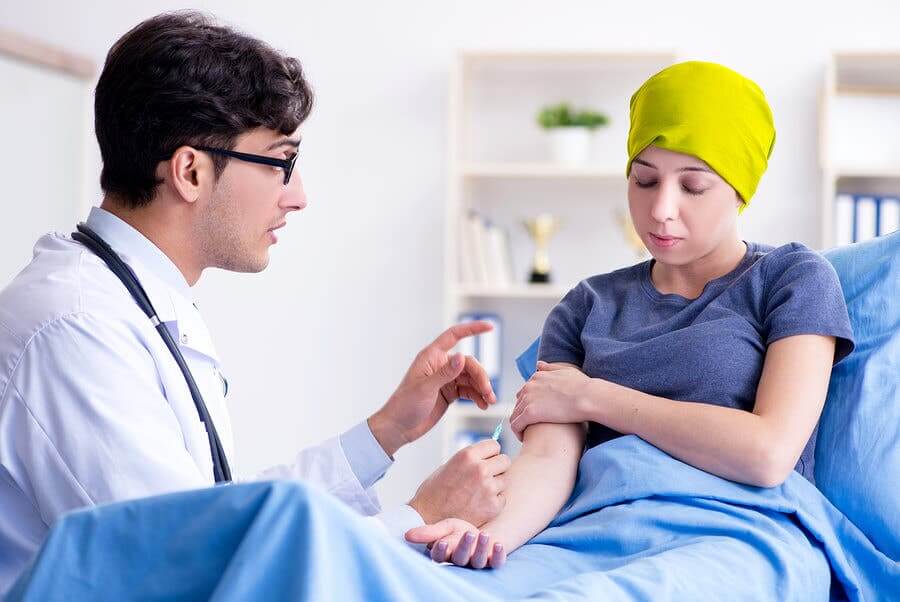 Cancer is a term that refers to a group of illnesses that are characterized by the rapid and uncontrolled proliferation of cells in the body. But have you ever asked yourself about the process through which cancer develops?

In order for this illness to develop, the cells that make up an organ must undergo changes in their genetic material or in the proteins that derive from these genes. At the same time, the origin of these changes can be hereditary or sporadic (spontaneous appearance).

There are substances that have the capacity to accelerate or detonate the processes that then lead to a specific type of cancer. These substances are known as carcinogenic agents and they are part of the risk factors for suffering from some sort of cancer.

Cancer begins in a cell. This cell, given the alteration of its functions, escapes biologically imposed controls, dividing and growing uncontrollably in any part of the body. This process is linked completely to genes, as cancer falls into the category of genetic illnesses.

Genes carry the necessary instructions to produce the proteins that define the behavior of each cell in our bodies. There are genes proto-oncogenes and genes that suppress cancer.

You may also want to read: Is Cancer Hereditary? What You Need To Know

Any alteration in the balance between the functions of proto-oncogenes and the gene suppressors of cancer cause irregularities within the cellular control system.

This imbalance can lead to an increase in the production of a protein destined for cell growth. This, at the same time, produces the proliferation of a type of abnormal cell.

Another case can lead to the production of a protein with abnormal characteristics that can’t repair the damage caused to a cell. This affects a specific organ.

Cancer is multifactorial in nature. In other words, there are many components that play an important role in the individuals that develop this type of illness. Just the same, science has been able to identify factors that increase the possibility (risk) of suffering at least one type of cancer. These agents are known as risk factors.

We can understand a bit more about the concept of risk factors by looking at the definition provided by the World Health Organization:

“Any trait, characteristic, or exposure of an individual that increases his or her likelihood of suffering from an illness or injury”.

From this perspective, the risk factors can include exposure to chemical products, personal habits, or the job that a person performs. Experts often consider family history (a direct family member that has had cancer) as one of the most important risk factors for hereditary cancer.

How cancer develops: The mechanisms

In order for the changes that affect the genes responsible for cancer to take place, several processes must occur. Among those processes, we can point out:

We could refer to the first two processes listed above as sporadic cancers, which all share the same particularity. The genetic alterations that make up their origins depend 80% on exposure to environmental risk factors (infections, radiation, chemicals).

Cancer is relatively common. In fact, in the United States, an estimated 1 out of 3 people will suffer from some sort of cancer. This means that it’s not uncommon for more than one person in the same family to experience cancer.

However, it’s important to point out that the fact that more than one case of cancer exists in the same family, it doesn’t necessarily mean family cancer syndrome.

When many cases of cancer appear in the same family, it often has to do with exposure. In other words, the family members have been exposed to the same common risk factor, for example, tobacco.

So, with all of this in mind, we can say that we’re looking at family cancer syndrome when:

The term cancer groups together a series of illnesses with a common trait. That common trait is the rapid and uncontrolled proliferation of cells in the body. At the same time, this can be related to environmental factors, lifestyles, and a family history of this illness.

Tips to Face the News about Cancer
Receiving the news about cancer makes a huge psychoemotional impact on the person. Without a doubt, there is a before and after. Read more »
Link copied!
Interesting Articles
Illnesses
Diabetes in Children and Adolescents