The goal of these medications is to reduce cardiovascular strain and mortality. This is achieved by normalizing blood pressure 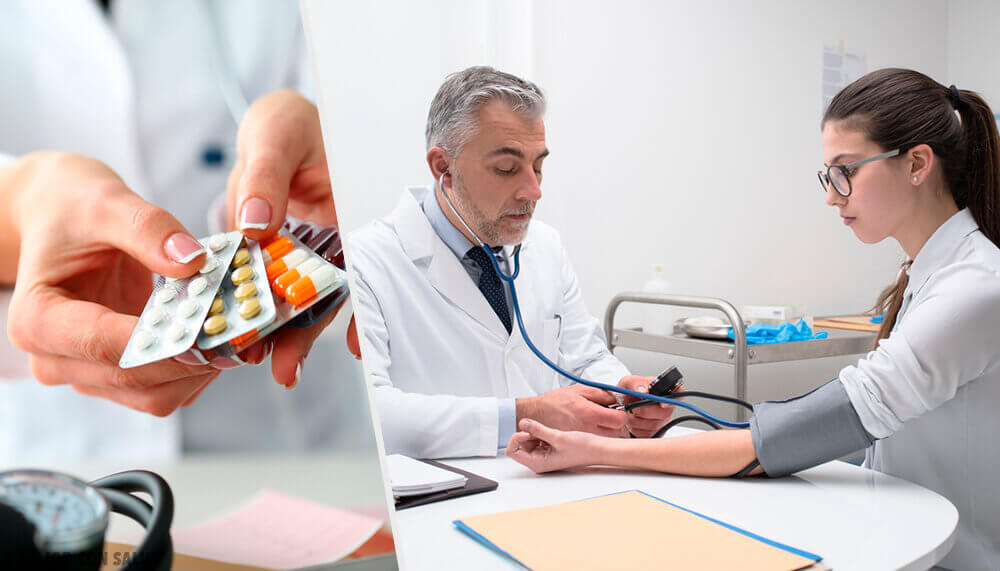 Overall, the goal of these medications is to reduce cardiovascular strain and mortality. They do this by normalizing the blood pressure and controlling other cardiovascular risk factors.

Typically, patients combine this medication with changes to lead a healthier lifestyle and avoid bad habits.

Today, we’ll take a look at the characteristics of these drugs and how they are used.

First of all, do you know your blood pressure levels?

The following figures indicate the normal range for blood pressure:

Angiotensin II is a peptide that comes from the activation of the Renin Angiotensin System. Sartanes increase levels of bradykinin in the plasma, which is a vasodilator that has the effect of reducing blood pressure.

It also stimulates the synthesis of aldosterone, which in turn increases your body’s re-absorption of sodium and water.

Antiotensin II works thanks to two types of receptors:

In other words, the sartanes avoid binding to their primary receiver: AT1 receptors. These drugs can effectively control high blood pressure and prevent heart failure, hypertrophy of the left ventricle, and heart attacks.

How these medications work

Angiotensin II receptors are high blood pressure medications that are more popular in recent years. One example of this class of drug is losartan. Its derivatives include candesartan, eprosartan, irbesartan, and more.

These drugs are responsible for blocking the enzyme known as angiotensin II, the AT receptor. Once the AT receptors are blocked, vasodilation occurs, vasopressin secretion is reduced, and there is less production of aldosterone. This, in turn, decreases your blood pressure.

Dr. Enrique Parafioriti has explained that competitive antagonists of angiotensin II receptors (AT1 and AT2 subtypes) like this peptide can be synthesized outside or RAS. Meanwhile, 38 AT1 blockers have more effective control than ACE inhibitors. In the heart, for example, the most important synthesis route is not through RAS, but by serine protease.

However, the effectiveness of each medication depends on three pharmacodynamics and pharmacokinetic characteristics: inhibition, affinity, and efficacy.

This allows for the analysis of blocking or inhibition of the effect that angiotensin II has on blood pressure. Among them are the following:

This involves the affinity of certain inhibitors:

Some of the indicators of the time it takes for the medication to take effect are below:

High blood pressure medications cause a gradual decrease in blood pressure without altering your heart rate. It’s clear from the first dose that there will be a hypotensive effect, which is why it’s important to maintain the treatment for up to four weeks.

These are some of the following effects:

Meanwhile, although a patient can be prescribed a certain medication, it’s important to combine them with healthy lifestyle habits.

The most commonly recommended measures include the following:

Any drug belonging to this class of medications should not be taken during pregnancy, especially during the second and third trimesters. This is because it can cause the following: hypotension, kidney failure, or fetal death. On the other hand, during breastfeeding it can cause the heart to stop pumping blood properly, which causes problems with metabolism and the synthetic function of the liver.

8 Tips to Correctly Take Your Blood Pressure at Home
Nowadays it is important to learn how to take your blood pressure at home. Many people measure their blood pressure at home as a way of preventing heart attacks and ischemia. Read more »
Link copied!
Interesting Articles
Medication
Progestin-only Birth Control: Benefits and Side Effects