Here's What You Need to Know About Diabetes

Diabetes is one of the most common illnesses today. Discover what you need to know about this disease and how it's treated. 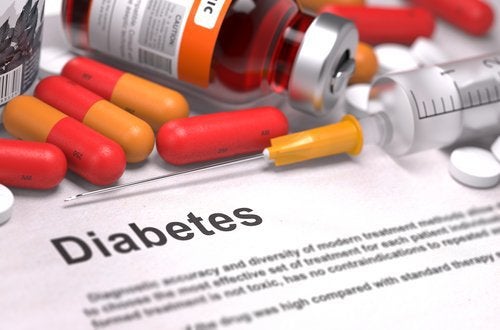 Diabetes is currently not considered one of the major illnesses of the 21st century, like obesity.

Still, this condition is one of the most common across the world. This is a sign of how dangerous and difficult to manage it can be.

The World Health Organization (WHO) considers it a pandemic due to the very high number of people who suffer from it.

This international entity is so concerned that they created the International Diabetes Federation (IDF). The IDF has been fighting this illness since 1950.

Let’s learn a little more about this disease.

Before getting into details, it’s a good idea to clarify what this disease is. Diabetes is a chronic and irreversible illness that affects your metabolism.

According to the WHO, it happens when your pancreas no longer produces enough insulin or when your body doesn’t use the insulin it does produce effectively.

The IDF tells us that insulin is a hormone the pancreas produces. Insulin acts as a key to allow glucose from the food we eat to pass through our blood to cells in order to produce energy.

Diabetes and High Blood Pressure: What Can You Eat?

There are three types of this disease:

According to WHO, the cause of this illness is still unknown. It includes the insufficient or nonexistent production of insulin, making daily shots necessary.

This is where the name “insulin-dependent” comes from.

This is the most common type among known cases worldwide. This type usually relates to inactivity or being overweight.

It’s main characteristic is the body’s inefficient use of insulin.

How to Control Type 2 Diabetes Naturally

This type involves an increase of blood sugar levels during pregnancy.

In this case, blood glucose levels are much higher than normal, but less than the regular standard for diabetes. Thus, it forms its own type of diabetes.

What countries are most affected by this disease?

Diabetes is one of the most common diseases of the century.

This is due to the rising number of cases all over the world. However, some countries are more affected than others.

Here are some of the countries with the highest number of cases:

Although these countries aren’t all poor in economic terms, their numbers are relative to their populations.

Therefore, when we talk about the countries with the highest rates, the list changes.

The IDF has lead several studies with the goal of improving the quality of life of people with diabetes.

They’ve even made an insulin patch the size of a coin to replace injections, according to a study published in the National Academy of Science.

Principal investigator Zhen Gu, says that it’s a fast-acting patch for diabetes. It’s easy to use and uses nontoxic and bio-compatible materials.

How to Control Type 2 Diabetes Naturally
To control type 2 diabetes, it's important to watch your diet. Also, check with a specialist to let you the best foods you should include in your diet. Read more »