Healthy vegan cheese with oregano is made with avocados. It's a healthy way to replace conventional cheese and it's great for those who follow a vegan diet or those who want to improve their diets. 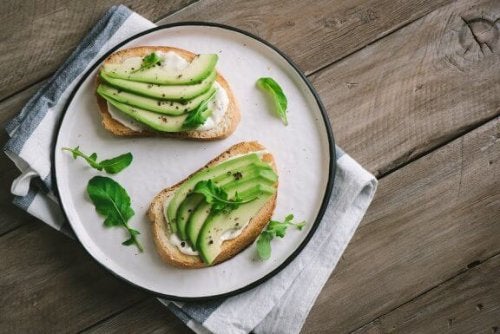 Healthy vegan cheese with oregano is made with avocados. It’s a healthy way to replace conventional cheese and it’s great for those who follow a vegan diet or those who want to improve their diets.

As many people know, avocado is one of the most versatile and healthy foods that you can incorporate into your diet. Due to its incomparable flavor, it’s great for salads, smoothies, sauces and other recipes. Have you ever tried vegan cheese with oregano?

Although it’s not conventional cheese, it’s a recipe that’s rich in nutrients that we can use to replace this ingredient in some dishes. In fact, it goes perfectly with whole grain bread, cookies and other breakfasts and snacks.

There are many recipes for preparing vegetable cheeses from seeds, nuts or roots. However, in today’s article, we’ll tell you about an interesting way to prepare a vegan cheese with oregano. It’s definitely a great choice for those who want to maintain a healthier and more balanced diet.

Additionally, it can be used in weight-loss diets, since it has far fewer calories than traditional cheeses. Among other things, it provides healthy fats, proteins and a wide variety of vitamins and minerals. Would you like to try it?

How to make the fermented vegetable drink

One question you might have when it comes to making your own vegan cheese is where to buy the fermented vegetable drink that’s part of the ingredients. Don’t worry! We’ll share a simple recipe so that you can make it at home.

Note: You can also use lentil grains, among others. The most important thing is to comply with the fermentation process. Remember, if the temperature is high, the drink will experience more fermentation. Therefore, if it’s cold, it’ll probably require more time.

What to put it on

Vegan cheese with avocado and oregano is a healthy option. Usually, it’s made by people who are following a vegan or vegetarian diet. However, it’s also a great option for those who just want to improve their diet. Although it’s true that it’s very different from traditional cheese, it can be used for many dishes as a replacement.

So, don’t hesitate to try it on:

Remember that calorie amounts will vary according to portion sizes. In general, as with other recipes, you should eat it in moderate portions. Additionally, it’s best to accompany it with other healthy foods so you don’t ruin the concept of a healthy diet. What are you waiting for? Go ahead and try it out!

Two Types of Vegan Burger Patties You Should Try
Although burgers are usually made with meat products, currently there are many recipes for vegan burger patties. Read on to learn how to make them! Read more »
Link copied!
Interesting Articles
Healthy recipes
How to Make a Homemade Carrot Smoothie and its Benefits