Gray hair can be perceived differently depending on the times we live in and on the person that has it. It can be seen as a sign of having a personality or carelessness and neglect. 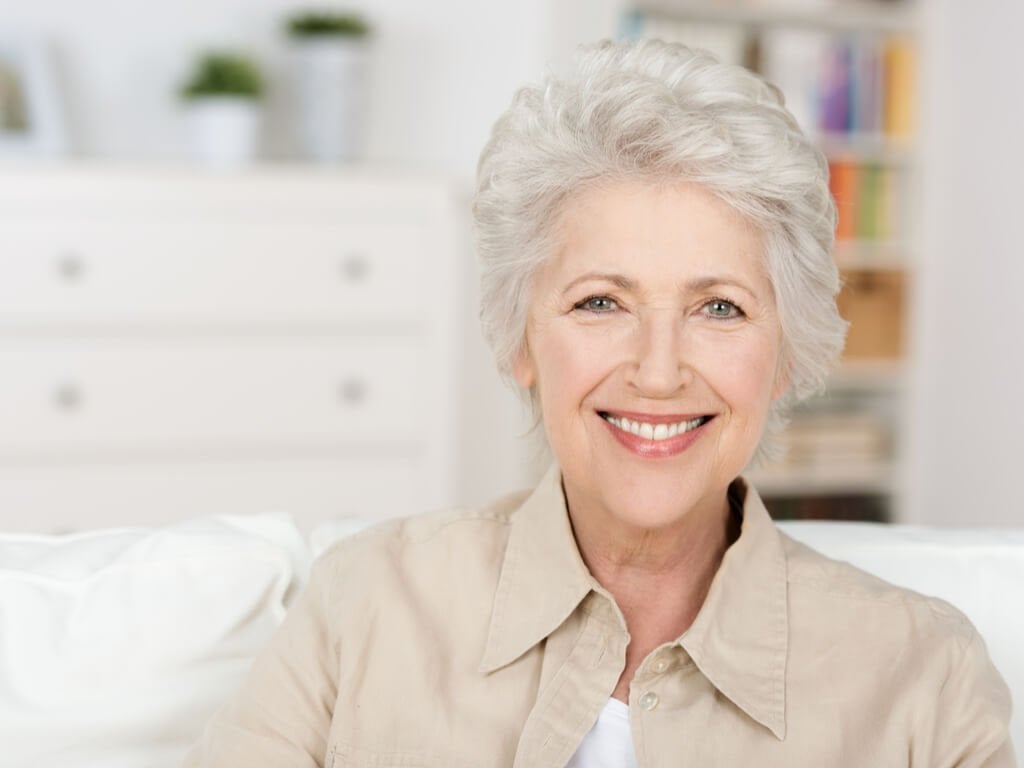 Gray hair is white or silver hair that appears as time goes by. Believe it or not, it has such an impact on people’s lives that there are songs and poems that refer to it as the arrival of maturity.

What Gray Hair Really Is

Gray hairs are pieces of hair that look gray, white, or silver.

Hair gets its color thanks to a pigment called melanin. Its role is to protect the skin against UV rays and any type of invisible light. Melanin is the same substance that gives eyes and skin its color.

It is produced by melanocytes, cells that make eumelanin, for brown and black tones, and pheomelanin, for yellow and red tones. These pigments, with their many variations and combinations, can generate an infinite amount of different tones.

The absence of melanin is what makes gray hair appear.

Many studies have determined that its origin is genetic. The other crucial factor is age since it begins to come out when cells age.

There are many myths surrounding gray hair, like if you pluck one out, more will grow out. But that’s not true. If you pull out one, another will grow, not several.

With time and as the body grows older, melanocytes lower the production of melanin.

It begins with the hair on the head and later spreads to the rest of the body. Of course, there are also exceptions where genetics are at play and they appear much earlier.

Let’s take a look at some statistics:

Does Worrying Cause Gray Hair?

There has yet to be a conclusive study that shows stress as a factor in its appearance. Apparently, stress causes hair loss and the first to go are strands with color.

Gray Hair in Men and Women

For many people, accepting the fact that they are starting to go gray tends to be a complicated subject since its appearance is a sign of aging. In the West, there’s a cult of youth that pushes us to slow down this natural process. Consequently, nobody wants wrinkles, sagging skin, bifocals or gray hair.

It’s not the same for men and women. When a man goes gray, he tends to receive compliments like “interesting”, “mature” (in a good way) or “attractive”.

On the other hand, women aren’t so lucky. A graying woman is judged based on her appearance. People assume she’s sloppy, doesn’t take time for herself, or doesn’t care about her appearance.

Sometimes, gray hair is in style. However, in the West, it’s still not culturally seen as the best option, aesthetically speaking.

But not everything is rosy for men. If a man doesn’t like his gray hair, he usually puts up with it. This is because it’s not as socially acceptable for men to dye their hair as it is for women. For this reason, most men that dye their hair hide the fact or do it discreetly.

Check out this article: Dying Your Hair with Natural Extracts Is Possible

Popular beliefs tend to prevail over science.Old wives’ tales are repeated over and over and end up convincing most people.

Below are some of the most common myths:

9 Tricks to Wash Your Hair Less Often
One the most uncomfortable things you can face on a daily basis that's related to your appearance is having dirty hair. It tends to make people feel quite insecure and uneasy, since our hair is one of the most noticeable things about our image. However, you don't need to wash your hair as often as you might think, Read more »
Link copied!
Interesting Articles
Beauty
What You Need to Know About Taking Biotin