An advanced study in Barcelona offers evidence that good quality sleep is essential to prevent brain diseases. But in fact, multiple investigations over the years have been reaching similar conclusions. 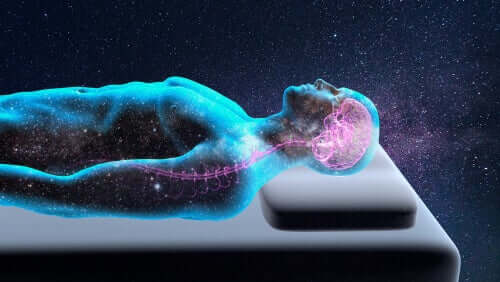 On February 19, 2020, the scientific journal Plos One released a new study on the importance of good quality sleep. According to the publication, there’s evidence that adequate sleep can prevent brain disease.

The study was carried out by researchers from the Barcelona Brain Health Initiative (BBHI) project, sponsored by the Institut Guttmann and La Caixa, in Barcelona (Spain). They based it on data collected through online questionnaires, among volunteers between 40 and 65 years of age who didn’t have a health problem associated with the subject.

In total, they followed the sleep patterns of 4,500 people for one year. Thus, they established that a good quality of sleep is decisive in reducing the risk of suffering from neurological or neuropsychiatric diseases. They also confirmed that these diseases alter regular sleep.

Research on good sleep quality and its effects on brain diseases began in 2017 with 4500 volunteers. Of these, 2353 continued to provide data for a full year. Among the latter, 73 had been diagnosed with new neurological and neuropsychiatric diseases in the end.

The scientific director of the research, Dr. Álvaro Pascual-Leone, highlighted the importance of a healthy lifestyle in his final report. The results of the study show it’s a decisive factor for maintaining good brain health. This is because low physical activity impacts sleep.

Similarly, Dr. Gabriele Cattaneo, one of the authors of the study, pointed out that women who don’t sleep well are at higher risk of depression. The study also found a relationship between poor quality sleep and the presence of other diseases — such as hepatitis and hypertension.

Let’s be clear that the research of the BBHI isn’t the first to speak about the relationship between sleep quality and the prevention of brain diseases. In April 2019, the experts gathered at the XXVII National Congress of the Spanish Society of Neuroscience stated something similar.

During that event, the specialists discussed and debated the quality of rest and brain diseases. They indicated in their conclusions that there’s a lot of new evidence. That is, it could be a bidirectional relationship between sleep disorders and neurodegenerative diseases. Among these pathologies, Parkinson’s and Alzheimer’s are the most common.

Likewise, they affirmed that, in many cases, sleep problems appear years before the first symptoms of dementia arise. Therefore, people should address this factor as a warning signal.

In turn, those with brain conditions deteriorate more quickly if they also have a sleep disorder. At least according to Dr. Sandra Giménez Badia, a clinical neurophysiologist at the Hospital de la Santa Creu y Sant Pau in Barcelona. She ​​provided some devastating information by saying that up to 70% of those who suffer from some type of dementia also have a sleep problem.

Find out more: Learn All about the Different Types of Insomnia

The Pasqual Maragall Foundation, specializing in Alzheimer’s research, published a study in the journal Alzheimer’s Research & Therapy. It indicates that, after analyzing 1,638 people, researchers concluded that those who had sleep disorders presented a lower volume in the precuneus or posterior cingulate cortex brain regions.

Those areas of the brain participate in processes such as memory and intellectual performance. Also, the first signs of deterioration appear there, mainly in the early stages of Alzheimer’s.

Similarly, they also found changes in the white matter of the brain. In addition, there were stronger effects of insomnia in carriers of the genetic variant APOE-ε4. In other words, this means there’s a link between insomnia and the risk of Alzheimer’s. Even though its details aren’t yet known, the relationship is under study.

Finally, a person with poor quality sleep is prone to various health problems. So, don’t take insomnia, interrupted sleep, and all forms of inadequate rest lightly. This is because any of these conditions require a professional consultation for detailed monitoring.

Want to Sleep Better? Try Out These 7 Nighttime Habits
Though many people take it for granted but getting a full night's rest is a habit that greatly affects a wide range of health aspects. Sleep is a biological need for all humans. Read more »

Healthy habits
4 Benefits of Laughter According to Science