Cancer May Now Be Detected Early with Blood Tests

Even though it's still in the experimental stages,  this medical advance could be an alternative to invasive tests for early cancer detection. Learn more about it in this article. 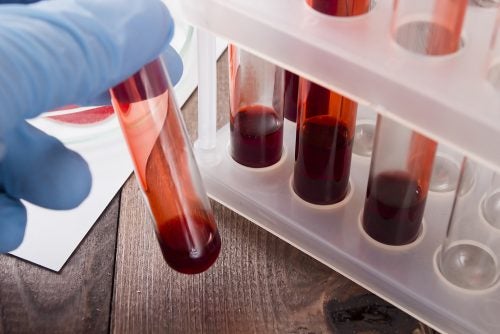 Some studies carried out by the CSIC are gathering interesting data to help detect cancer in its first stages.

This will allow the early diagnosis of tumors by way of a blood test.

Very soon this will be available in medical laboratories in the entire world. This new method being developed by Spanish scientists amplifies DNA.

These advances are very important in the early detection of cancer with a simple blood test.

A team of scientists of the CSIC has developed the first solution to allow amplification of small amounts of DNA.

This new method of detecting cancer is being carried out in Spanish hospitals and has two great advantages:

Luis Blanco, from the Severo Ochoa Biological Molecular Center of the CSIC in Spain, has claimed that this discovery is going to be an advance with the same importance of MRIs when they were developed at the time.

The future of research for early cancer detection

Although important advances have been made, it is important to continue the research.

These are known as nano sensor bio-markers for detecting cancer. These are turning into viable alternatives to invasive biopsies of metastasized tumors.

We recommend: To prevent cancer, eat these 4 fruits

Normally colon cancer has its origin in an abnormal function of the colon or rectal cells that divide uncontrolled until they form a malignant tumor.

This type of cancer tends to start with the formation of a small polyp in the tissue of the internal surface of the colon and rectum.

The polyps tend to present themselves in different forms: elevated or flat. Elevated polyps can have the shape of a mushroom with or without a stem.

Tests show polyps very frequently in people over the age of 50 and the vast majority do not have cancerous characteristics.

What are the factors that are risky for this type of cancer?

Continuous advances in medicine have made the early detection of colon cancer possible.  This is why doctors recommend tests before the person notes symptoms.

They use various methods for detection of colon cancer.

Doctors recommend early detection of colon cancer at 50 years of age and to do the test same every 2 years.

Since some people have a family history of the disease, doctors recommend that these patients have tests done earlier than 50 years of age and more often than others.

One of the most common tests is to look for blood hidden in feces.