Gluten-Free Foods: Are They Good For Everyone?

In recent times, the anti-gluten discourse has become very common among those who defend natural food. But are gluten-free foods good for everyone? 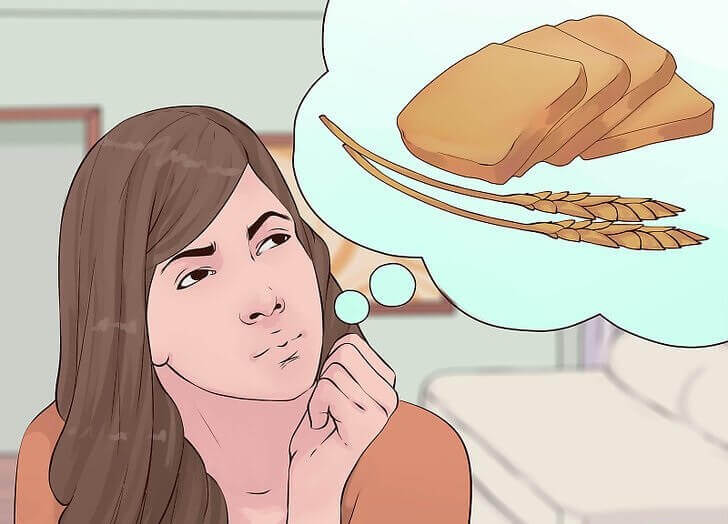 Are gluten-free foods good for everyone? In recent times, the anti-gluten discourse has become very common among those who defend natural, balanced food.

Beyond dietary fashion, both supporters and critics have valid arguments in favor and against this substance which is present in a great number of foods.

Is gluten good for all those who eat it? The evidence seems to show that this high-protein ingredient could be harmful to certain people.

Gluten is a vegetable protein that’s principally present in wheat and other cereals. Those who disapprove of it question the high-calorie content of this food.

Some believe that the human body is not yet prepared to digest and adequately adapt to this substance and to wheat in general.

What’s for sure is that this food isn’t good for some people. This is the specific case of those who suffer from celiac disease, a digestive issue which basically consists of a gluten intolerance.

Do you know whether you have celiac disease?

Fatigue, bone loss, abdominal pain, and lactose intolerance are some of the symptoms experienced by those who have celiac disease.

Although they’re clear, these signs are very general and we can only be sure we have this disease through medical examinations.

In the USA alone, there are an estimated 20,000 million people diagnosed with celiac disease. The problem is that many people don’t even show significant symptoms, and there is little information available among the population.

On top of all this, the worst thing is that there is no cure for this disease and it can last a lifetime. The best treatment for these patients is to follow a strict gluten-free diet.

It’s not always easy to follow a gluten-free diet, principally because gluten is found in countless products that we consume daily.

The ideal scenario is to go without all these foods and compensate your diet with other foods that are easy to tolerate like:

The challenge is to make the change without losing out on necessary nutrients or losing weight.

It’s important to bear in mind that many commercial products use wheat among their ingredients.

Shopping at the supermarket: Gluten-free foods

It’s important to remember that gluten is used to increase the nutritional value of products that aren’t made of wheat and other cereals.

Everything starts with our buying and eating habits.

The golden rule is to read the ingredients on the foods labels. Fortunately, most countries demand manufacturing companies to use the “100% gluten-free” label. The buyer only needs to read the label and make the selection.

Some foods don’t need to include this ingredient but, despite this, do contain it anyway. This is the case with:

It’s also necessary to be especially careful with whole wheat products, as they tend to contain it.

The process of cooking itself also needs to be radically changed due to the risk of cross-contamination.

This concept refers to the high likelihood of contaminating gluten-free foods when we cook with other foods that do contain gluten.

For example, if you fry an eggplant or chicken with oil that was previously used to fry potatoes or pastries, some remains of the wheat could get passed onto your food.

It’s also important to take precautions with group meals and family meals. While not everyone will be following such a strict nutritional routine, some people will need to eat gluten-free foods.

Visit this article: 5 Signs You Should Stop Eating Gluten

There are some low gluten foods, like oats, that can be tolerated by celiacs.

It’s important to be cautious with large quantities of foods that are susceptible to triggering an allergy. In addition, it’s also advisable to do tests with foods that you might eat occasionally.

As well as celiac disease, those affected by allergies, intestinal inflammation, diabetes, and cardiopathies also should follow low gluten diets.

We can’t say that gluten is bad for you just because. Most of the population doesn’t have significant reactions from eating it daily.

However, there’s a clear relationship between this substance and some negative clinical cases.

Gluten-free Buckwheat Rice Bread: Easy and Delicious
Did you know that buckwheat isn't actually a grain? It's a seed, and it makes a great gluten-free bread. Gluten-free bread is a favorite among people with Celiac disease and those who don't digest the protein well. Read more »
Link copied!
Interesting Articles
Gluten-free
Gluten-Free Banana Hot Cakes with Two Ingredients

Can you imagine making a delicious dish with only two ingredients? What if, in addition, these ingredients were easy to…

If you're gluten intolerant, enjoying healthy and delicious granola bars is possible. This article includes a few different gluten-free recipes…

A gluten-free diet is a dietary model in which all products from oats, wheat, barely and other grains are eliminated.…

Gluten-free
The Health Implications of a Gluten-Free Diet

A gluten-free diet promises certain health benefits, but this isn't always accurate. This has lead to the debate as to…

Gluten-free
Is it Right to Include Gluten-Free Products in Your Diet?

Millions of people worldwide have made the decision to go gluten-free as a part of their diet. They first cut…

Discovering that there is a whole world of gluten-free recipes isn't a simple matter, at first. In this sense, foods…