We Could be Getting Closer to Creating an Alzheimer's Vaccine

It's estimated that the number of cases of Alzheimer's will reach 135 million worldwide by 2050. While this may be daunting, there is hope for the future. Scientists are getting closer and closer to developing a vaccine that can help to delay or prevent the onset of Alzheimer's. 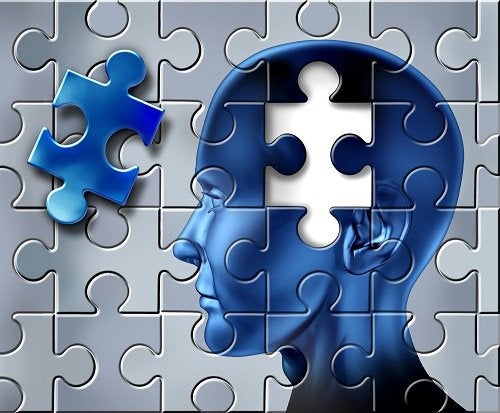 One of the major challenges of science is slowing down the advancement of Alzheimer’s. As we all know, few diseases can be so frustrating and sad for both patients and their families. That being it said, wouldn’t it be great if there were an alzheimer’s vaccine?

There are more and more discoveries and developments in vaccines against this disease, but the number of people diagnosed with Alzheimer’s continues to increase every day.

In fact, it’s estimated that the number of cases of Alzheimer’s will reach 135 million worldwide by 2050. This data, however, doesn’t mean that the disease is now more serious than before.

It just means life expectancy has increased, and that simply approaching your 80’s makes it more likely that you’ll suffer from this disease.

All this increases the need to continue fighting and investing funds in research against this disease.

In July 2016, a promising and well-researched study was published in various media outlets.

Flinders University, located in Australia, and the Institute of Molecular Medicine at the University of California (USA) have developed a vaccine that could delay the onset of Alzheimer’s disease.

We’ll tell you all about it below.

According to a paper published in the journal Alzheimer’s Research & Therapy, around 99% of clinical trials to delay or prevent Alzheimer’s have failed.

In 2010, the United States already patented the first vaccine for this disease. However, it turned out to be a failure because the side effects were serious.

This vaccine was called AN1792 and even got approved by the Food and Drug Administration (FDA). However, after further analysis, the FDA invalidated the drug and suspended the project.

Despite this setback, the progress of developing a vaccine for Alzheimer’s has been very positive since 2010.

The first experimental vaccine: the EuroEspes

The EB101, which is part of the EuroEspes, opened after AN1792 failed. This medical center, based in Galicia (Spain), managed to take a step beyond the AN1792 vaccine and eliminated many of its side effects.

The main achievements of this vaccine are the following:

See Also: The 4 Best Vitamins for Your Immune System

However, this vaccine is still in its experimental stages and there’s no date yet for its patent application or its entry into the market.

The vaccine that reverses neurodegenerative diseases

As we said, Flinders University and the Institute of Molecular Medicine at the University of California are the latest to take the step toward creating the definitive vaccine.

The scientists working on this project would achieve this by combining two treatments:

A first vaccine would act on the beta-amyloid protein.

The second drug would work on tau proteins. There are studies that claim that when these proteins don’t work, cells cannot flush out their “waste.” Due to this, another protein, beta-amyloid, tends to accumulate, which has harmful consequences. Little by little, it causes cells to die.

The alzheimer’s vaccine will be ready in three years

Nikolai Petrovsky is the endocrinologist who is leading this project. The idea is to have the vaccine ready to go on the market in two or three years.


The results of the experiments done so far are all positive. However, there are still goals to be met.

It could, therefore, be a source of hope in the fight to reduce the incidence of Alzheimer’s tomorrow’s generations.

Unfortunately, our relatives or acquaintances who are already affected by these diseases will continue to wait for a cure.

Our only goal in these cases will continue to be to offer the maximum quality of life, immense affection, dignity and the help of the best specialists.

Reading and Keeping a Diary: “Magical” Strategies for Healthy Cognitive Aging
Both reading and writing are two activities that keep your brain active. Learn about the many great benefits of these activities in this article! Read more »
Link copied!
Interesting Articles
Treatments
Advantages and Disadvantages of LASIK Surgery