Four Things that Successful People Do in the Morning

The first few hours of the morning can play an important roll in how the rest of the day will go. 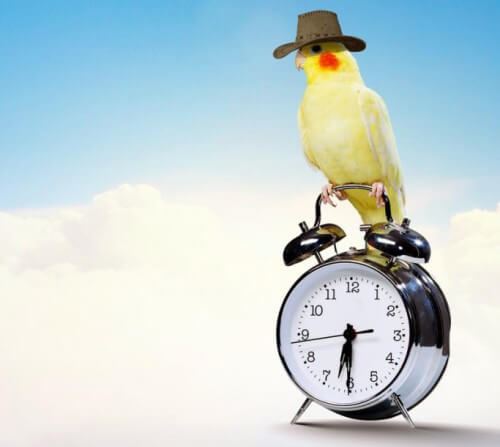 Jennifer Cohen (columnist for Forbes and personal trainer), the personal assistant of many CEO’s, politicians, and other influential people, says the majority of successful people follow the same pattern of waking up early and taking advantage of the early hours of the day.

At one end of the scale, there are people like Margaret Thatcher, who woke up everyday at 5 am or Bob Iger, CEO of Disney, who wakes up at 4:30 am. However, despite what you may think, starting the day that early doesn’t mean beginning to work early, but rather simply waking up your senses.

In order to understand it better, take a look at the four things that this columnist highlights in people that she is an assistant for and that she believes, at least in part, are responsible for their success:

Successful people stretch their body and activate it. They begin their day with extra energy and create a positive inertia because of the hormone flow that is produced from exercise.

They somehow make this well-being feeling from when you finish exercising be the starting point of the day. This exercise doesn’t have to be very intense. 20 minutes of biking or walking at a fast pace and stretching, for example, is enough.

How Much Time Should You Exercise Every Day?

2. Plan the day and visualize

The majority of them already know what they’re going to do. However, they still dedicate a few minutes to make schedules and visualize their activities. This is so they can anticipate the stressful moments and be able to think about how to deal with them outside of the moment.

Also, it helps you fit breaks or times when you want to be free during the day. They’re are just as important or more than those moments that are perfectly structured and planned.

If you want your body to do well, it needs energy. The best way is to provide it properly. If you don’t do that, you will probably feel tired from the start of the day or spend the morning snacking or eating unhealthy food. Your nervous system will also be much more prone to anxiety and at the end of the day, you will be twice as tired.

4. Start with the task you don’t want to do the most

The first things in their agenda are the hardest or the ones they don’t want to do. You have the most energy at the beginning of the day; therefore, it’s the best time to make the call you don’t want to, do the boring report, or organize your workspace.

Just like exercise, doing this in the beginning of the day will make your day much more enjoyable.

Just like with any routine, waking up early and taking advantage of the first hours of the day is hard. Sleep is necessary and your body will feel well rested.

If you begin now, you will see little by little all of these advantages. You will also feel that it’s easier and have much more positive energy during the day.

Values in the Home: The Secret to a Successful Generation
Values in the home are fundamental beliefs that serve as the basis of our decisions. They condition how we act and what attitude we go through life with. Read more »
Link copied!
Interesting Articles
Healthy habits
Healthy Eating and Exercise: The Perfect Combination