Although these remedies can occasionally help to alleviate symptoms of esophagitis, if your symptoms persist, you must consult with a specialist to receive an expert diagnosis. 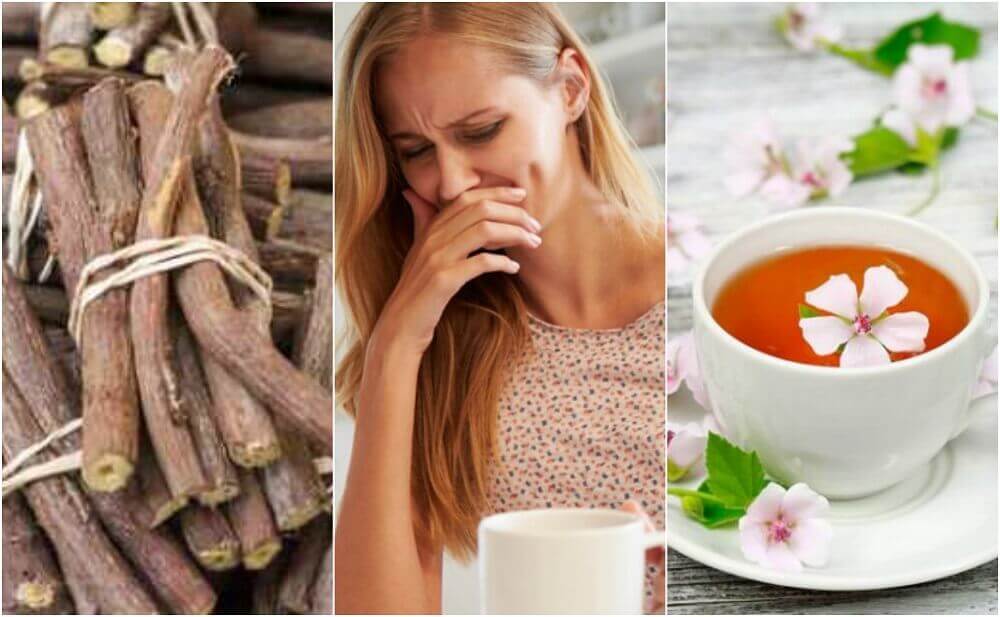 Esophagitis is an inflammatory condition that produces lesions in the tissues of the esophagus. The esophagus is the digestive tube which transports food from the mouth to the stomach. People who suffer from this condition experience pain in the upper abdomen, and many say it’s like burning sensation or a feeling of pressure.

This problem can vary from mild to severe. In any case, it’s always recommended to go to a professional to make sure you receive proper treatment. However, in mild cases, symptoms may be improved with home remedies. Want to know more?

As pointed out in a publication in the World Journal of Gastroenterology, the majority of cases of esophagitis are caused by the effects of gastresophageal reflux. This acidic fluid rises from the stomach and travels up the esophagus, causing irritation of the tissue.

However, the esophageal mucus can also be affected by some infectious, systemic or chemical complaints. In this next section, we’ll show you some of the most common factors that lead to this problem:

The symptoms of esophagitis can vary from person to person, depending on the damage done to the esophageal tissue and how quickly the person has received treatment. However, the most common symptoms usually include:

To successfully control esophagitis, it’s important to follow the recommendations given to you by your doctor or gastroenterologist. According to a publication in the World Journal of Gastrointestinal Pharmacology and Therapeutics, treatment may include:

Alternatively, there are some natural remedies that appear to help calm symptoms. While they shouldn’t be used as a substitute for medical treatment, they can be used as a supplement. Want to give them a try?

Aloe vera gel contains vitamin B, mucilage, and essential amino acids. These help to reduce irritation of the esophagus and the digestive tract.

According to an investigation published in the Journal of traditional Chinese medicine, consuming it will help control the production of excess stomach acid and protect the gastric mucosa against irritation, thanks to its anti-inflammatory effects. In most cases, this can be an effective way to relieve symptoms of acid reflux.

Like the other natural ingredients mentioned in this article, licorice is usually a great defense against the discomfort caused by esophagitis. An investigation published in The Journal Of Australian Traditional-Medicine Society recognizes this plant as an antacid.

Baking soda is one of the best products for treating esophagitis. According to the Canadian Society of Intestinal Research, baking soda is a temporary solution for acid reflux. However, it should only be used in mild cases.

How to Take it

The best thing about marshmallow is its ability to protect the gastric mucosa against acid reflux. Another effect of this natural remedy is that it reduces irritation of the esophagus, alleviating pain and discomfort. Next, we’ll show you how to create a marshmallow infusion, and all the ingredients you’ll need to make it.

Chamomile contains many properties which are good for your health. According to a publication in Molecular Medicine Reports, dried chamomile flowers contain many terpenoids and flavanoids that contribute to its medicinal properties.

It is also said to have anti-inflammatory properties, and is traditionally used to alleviate gastrointestinal disorders, including esophagitis, colic and upset stomachs.

How to Take it

These natural remedies can be used as adjuvants against esophagitis, especially when combined with a good diet, daily exercise and by avoiding stress as far as possible. However, if you’re experiencing symptoms, it’s best to consult a specialist.

Learn How to Treat Halitosis Effectively the Natural Way
Besides primary oral hygiene, it's important to drink a lot of water to treat halitosis. It's also effective to avoid elements that promote it's  appearance. Read more »
Link copied!
Interesting Articles
Naturopathy
What Is Colloidal Oatmeal and What Are Its Benefits?