Home » Lifestyle » Did you know? » Foods and Medicines that You Should Never Mix Together

Foods and Medicines that You Should Never Mix Together

Did you know that there are some foods that don't interact well with certain medicines? Learn more in this article! 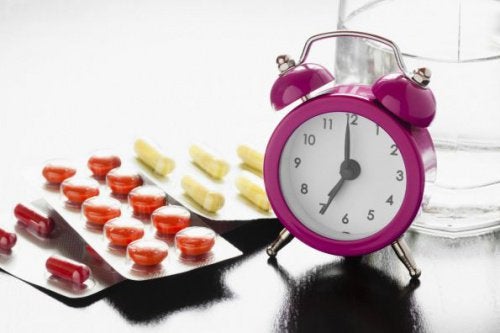 Many people don’t know that there are a number of foods and medicines that it’s best never to mix.

The reasons are different in each case, but the bottom line is the same: the combination can be harmful for your health.

In addition, there are certain rules for taking drugs that go beyond dosages. These rules also apply to our diet when we take medicine.

Medicines that may interact with certain foods


Patients with asthma, bronchitis and other lung-related diseases use this type of medication.

If you’re taking medicines like this, you should also know that it’s best to limit your consumption of beverages and foods which contain caffeine.

Medication that lowers blood pressure is suitable for curing and preventing heart and kidney diseases.

This includes drugs such as captopril, enalapril, and ramipril. You should avoid mixing these medicines with foods rich in potassium.

Medications of this type increase the amount of potassium in the blood. An excess of potassium can lead to irregular heartbeats and shortness of breath.

Thus, it’s best to limit your consumption of:


Antiarrhythmics are a range of medications (like digoxin) that are used to cure and prevent heart failure.

The problem occurs if you consume a range of products that are rich in glycyrrhizic, such as licorice, for example. This substance is found in sweets and pastries, as well as in the components of beer.

Obese people or those who suffer from diabetes and cardiovascular diseases use this type of drug.

Some examples of this type of medication are atorvastatin, fluvastatin, lovastatin, simvastatin, rosuvastatin and pravastatin.

You shouldn’t mix these medicines with foods like citrus fruits.

Citrus fruits significantly increase drug absorption, which increases the likelihood of an overdose and the occurrence of side effects.

The effect of a single tablet combined with orange juice is equal to that of a higher dose ingested with natural water.

How to Lower Bad Cholesterol (LDL) at Home


Anticoagulant drugs are used to cure and prevent thrombosis. Among them is warfarin.

This types of medicines shouldn’t be consumed with foods that thin the blood and are rich in vitamin K.

When taking this type of medication, you should limit your consumption of blueberries, garlic, ginger and some spices (cayenne, cinnamon, turmeric, for example).

These foods are anticoagulants and can cause bleeding by strengthening the effect of warfarin.

On the other hand, vitamin K reduces the efficiency of this drug. It’s present in large amounts in spinach, turnip, cabbage or broccoli.

Analgesics are used to treat swelling and headaches.

An example of this type of medication that everyone knows about by is ibuprofen. You should avoid taking it if you’ve drunk soda.

Ibuprofen is incompatible with sweet fizzy drinks since the carbon dioxide and acid they contain increase the absorption and concentration of this drug in the blood.

In this case, it’s impossible to control the dose. Hence, this could put your at risk of producing a toxic effect that mainly affects the kidneys. 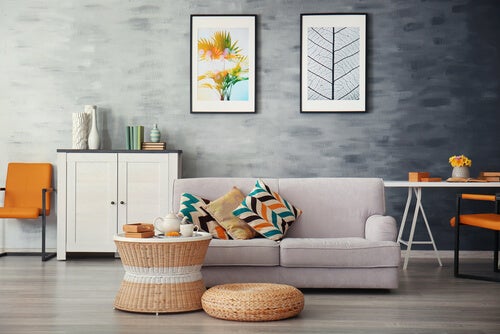 7 Toxic Items in Your Home
There are certain items that are found in practically any home that regardless of their ubiquitous presence, are still toxic. Today we want to make you aware of a few toxic items that you probably have at home. Pay attention and keep them in mind. Read more »
Interesting Articles