Unlike other tumors, primary bone cancer doesn’t happen because of metastasis (when cancer spreads). The most commonly affected areas are the bones around the knee. 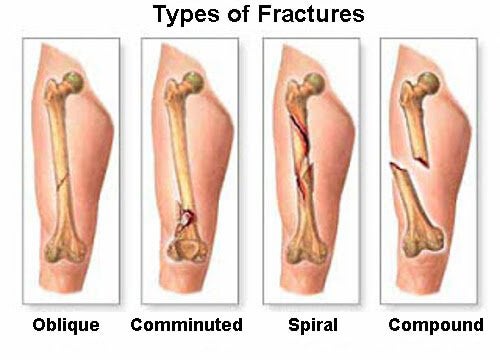 Maybe you’ve already heard about this kind of cancer. Most of the time, when we talk about cancer in the bones, it has spread from somewhere else. This is secondary (metastatic) bone cancer. When a tumor spreads, it can attack any part of the bone.

But according to recent medical research, “primary bone cancer” diagnoses are on the rise. This is where the tumor starts in a particular bone, instead of spreading to it.

As long as you pick it up early, the survival is relatively high. That’s why information and prevention are so important. The “good” news is that it’s easier to diagnose this kind of cancer because of a very specific kind of pain. Today, we’re going to talk about other primary bone cancer symptoms, so that you can stay on the lookout.

What is primary bone cancer?

Primary bone cancer isn’t all that common. It’s much less well-known than other cancers like breast and colon cancer. It may not be common, but it does happen. People often confuse their symptoms with other diseases, which is why it’s so important to get better information to the public.

This disease affects the body’s skeletal system. The most commonly affected areas are bones around the knee, femur, and tibia. It has no relationship to secondary bone cancer, which happens from another type of cancer spreading to the bones. There are three types of primary bone cancer.

How to Quickly Regenerate Damaged Cartilage

Today, we’re going to focus on the type of primary bone cancer that affects adults: chondrosarcoma. Like we said above, it’s easy to confuse the symptoms with those of other disorders (arthritis, inflammation, osteoporosis). This is why it’s vital to outline some of the basic characteristics of primary bone cancer symptoms.

11 Symptoms of Cancer That Often Get Ignored

Just remember: primary bone cancer symptoms are extremely specific and clear. If you spot it in time, this disease has an excellent prognosis. So take care of yourself and listen to your body!
Link copied!
Interesting Articles
Illnesses
Can Celiac Disease Cause Infertility?