Fire breathing is a yoga breathing technique that's very beneficial to the body, but it should be done with caution. If you're new to this, try fire breathing with the help of a yoga instructor. 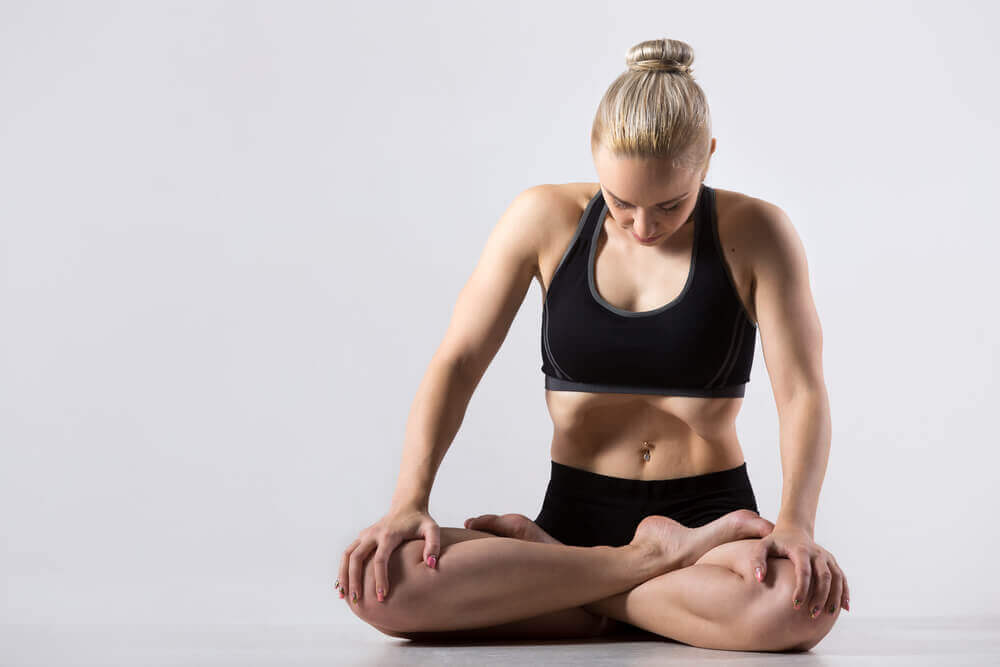 Pranayama is a breathing technique in yoga. It’s composed of various breathing exercises that complement the asanas, or positions, of each yoga modality. Fire breathing is one of these pranayamas and has multiple benefits for the body.

One of the most important factors in yoga is the breathing, because it allows the yogi to relax and inhale and exhale deeply while doing the asanas. It calms the mind, frees up tension and sends oxygen to the brain.

What is Fire Breathing?

The exercise helps to control anxiety, nerves, worry, sadness, pain, fear, etc.  The most common posture for doing this is the lotus.

How is it done?

What Are the Benefits of Fire Breathing?

Practicing fire breathing has multiple benefits. Mainly, it produces a better understanding of emotions and overall breathing health. In addition, however, we can also find the following benefits:

Breathing in a controlled manner improves concentration and cleanses the mind of negative energy and stress.

When we’re stressed, our diaphragm contracts towards the inside, the area of the solar plexus. This is where we keep our emotions.

With fire breathing, emotions are able to flow and leave the body. This balances the body and improves your mental and physical health.

2. It cleanses the blood and releases toxins from the lungs

Fire breathing improves circulation and helps purify the blood due to the quantity of oxygen it receives.

In also helps to purify your respiratory system. By expelling all of the air, there are no residues left in the system. New and cleaner air comes into the lungs when inhaling again.

Human beings don’t tend to use their lungs to their maximum capacity because they breathe in a limited, shallow way. We often take short breaths that don’t fill our lungs.

4. It strengthens the third chakra

This chakra, also called Manipura, is in charge of focusing on the emotions. It is the largest and strongest of all chakras and relates to our actions and emotions.

Have you ever felt an emptiness in your stomach when you are frightened or sad? This is probably due to the manifestation of a third chakra imbalance in the body.

5. It helps memory and concentration

Breathing deeply not only oxygenates the blood, but also the brain.

This improves our cognitive capacities and concentration because it helps the brain function correctly.

6. It stimulates the functioning of the digestive system

The digestive system is activated because of the constant movement of the diaphragm while doing this breathing exercise.

By doing this, we also experience improved digestion and prevent stomach problems.

Why do I feel Stomach Pain?

This exercise is not for women who are pregnant or menstruating. It’s also not recommended for those who have epilepsy, hypertension, emphysema or cardiac problems.

Fire breathing is, without a doubt, a technique that’s beneficial for  health because it improves both mental and lung capacity.

However, it’s an exercise that you should do with caution if you are just beginning. Also, be cautious if you have done it before but want to demand a bit more from your body. The key to yoga is patience. You won’t see progress from one day to the next, but progress will occur gradually.

Continue practicing with responsibility and patience.

Why is it Good to Practice Yoga?
Yoga can help you connect with the present and prevent problems of anxiety and stress. Practice yoga if you want to become more flexible. Read more »
Link copied!
Interesting Articles
Anatomy and physiology
Can the brain feel pain?