The FDA Approves a New Medication to Prevent Migraines

Only those who suffer from migraines can describe the intensity of their symptoms and how distressing it can be to see life interrupted by this silent condition. A new option for prevention could appear, which is a very encouraging fact for millions of people. 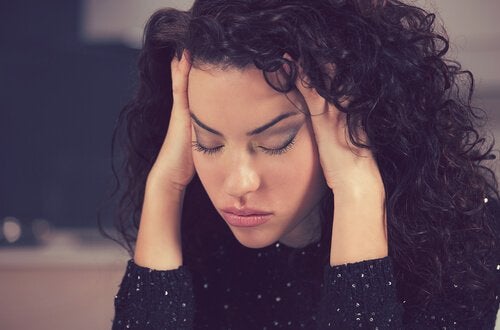 An innovative drug was recently approved by the Food and Drug Administration of the United States, or the FDA. It’s actually a series of injections that have the ability to prevent migraines and are applied on a monthly basis.

The name of the drug is Aimovig, although they commonly call it erenumab.

Adding options to treat migraines offers solutions to those who suffer the distressing effects of this condition.

Although for many people it seems incomprehensible, having to lock oneself in a dark and silent room to improve the unbearable pain that comes with a migraine is a horrible situation.

Migraines are so serious that the World Health Organization declared them disabling disease in 2012.

Until then, those who suffer had to endure accusations for missing their commitments for “simple headaches.” However, there’s nothing further from reality.

This disease has an significant genetic root: in fact, it mostly affects women. That is to say, it’s not born from certain habits of life or by stress, like many things.

Naturally, this provides even more reason to treat it.

How does Aimovig work?

The results of this wonderful medicine were exposed at the annual conference of the American Academy of Neurology.

Basically, according to the specialized digital magazine IFL Science, its main benefit is that it prevents the appearance of the migraine. Fortunately, it does this instead of attacking it once it has already been presented.

Scientists showed that its effect last so long lasting that patients can take it on a monthly basis. Fortunately, it’s not even necessary to take pills. All you need is just a monthly injection of 70 to 140 milligrams.

This dose blocks the molecules that transmit the migraine signals, which are the ones that cause the intense pain characteristic of this malady.

Side effects and cost

According to medical journals, the side effects of these drugs are very low. However, the benefits are not guaranteed to all patients equally.

In the investigations, one third of the medicated patients showed significant improvements. Meanwhile, only a few said that the symptoms stopped completely. Finally, several of them did not experience an improvement.

Unfortunately, it still may be a while before this treatment is widely available.

Its cost is high, so it’s not easy for those who don’t have social coverage or insurance to access it.

The company that manufactures the shots, Amgen, announced that the cost of each injection is $575 USD. In Europe, meanwhile, the European Medicines Agency is evaluating the approval of this drug. If your income permits the cost, the value will depend on the negotiations between Amgen and the public health care systems.

In a statement, the US company defended the high value of its product. It argued that it will have a very positive impact for both patients and professionals in the field of health.

Other medications to prevent migraines

Of course, this is not the first alternative to prevent migraines. There are other methods previously approved by the FDA, such as the drugs metisergide, propanolol, timolol, and divalproex sodium.

However, their use can have side effects. Therefore, it’s essential that a doctor evaluates your results to adjust your dose or stop the medication if necessary.

The symptoms of migraine, which include nausea, light sensitivity, and sharp pains in the skull, affect more than 10% of the European population. Even worse: more than 1% of them suffer them at least once every three days.

Many of them are able to treat these symptoms with conventional and even homemade remedies. However, there are also those who see their daily life seriously affected by the negative effects of these headaches on their mood.

Here are some facts about this disease:

Considering also the millions of people suffering from this disease worldwide, it’s encouraging to reduce these numbers, even if by a little. If alternatives such as Aimovig continue to emerge, thousands of individuals will be able to live better.

How to Fight Migraines Naturally with 5 Delicious Smoothies
You can drink these smoothies to fight migraines naturally because they increase your general health. Try them out today! Read more »
Link copied!
Interesting Articles
Medication
Progestin-only Birth Control: Benefits and Side Effects