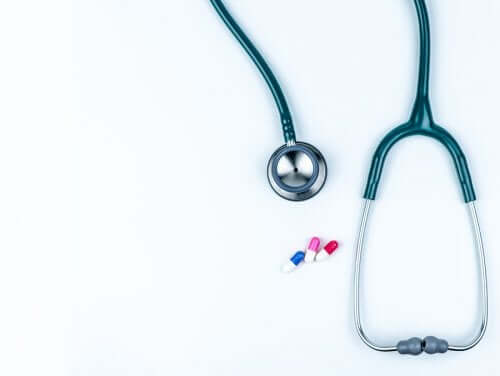 Did you know that the number of people who become seriously ill and even die from antibiotic resistance is increasing every year all around the world? In this article, we tell you how excessive hygiene influences this problem.

Before delving directly into this topic, it’s important for us to explain exactly what excessive hygiene is. The truth is that this term is difficult to define. However, in general, the following is considered an excess of personal hygiene:

This could make your immune system lose its functionality. In other words, your skin may lose its protective barrier and be exposed to all kinds of bacteria.

But what about household hygiene? Constantly cleaning with the same products could make pathogens become used to them. As a result, they could develop a resistance to them.

This article may interest you: Why You Shouldn’t Self-Medicate with Antibiotics

Antibiotic resistance occurs when these drugs stop acting against microorganisms. In other words, the pathogens “get used to” them.

Generally, this situation occurs due to the routine use of antibiotics (and even abuse of them). Somehow, bacteria lose their sensitivity. Thus, to fight them, it becomes necessary to resort to increasingly aggressive substances.

In recent years, microorganism mutations that are increasingly resistant to antibiotics have emerged. For example, in 2016, the newspaper El País published the story of a woman in the United States who suffered from the strongest antibiotic-resistant urinary tract infection ever.

The United Kingdom’s Department of Health and Social Care commissioned an analysis of antibiotic resistance. This analysis, known as the “Review on Antimicrobial Resistance”, was completed in two years. We can extract some interesting data from it:

In this article, we explained that antibiotic resistance is a very worrying public health problem. But what’s its relationship with excessive hygiene?

Read on to learn more: Antibiotics: Some of the Inherent Risks

The relationship between excessive hygiene and antibiotic resistance

A study carried out at the Graz University of Technology in Austria compared the microorganisms and the antibiotic resistance that existed in the Intensive Care Unit of the University Hospital Graz. The conclusions were striking:

Simply speaking, excessive hygiene could be counterproductive. The study mentioned above advocates a stable microbial diversity in clinical areas to counteract the spread of resistances. Now, how could this stability be achieved?

Experts suggest that, instead of using a lot of cleaning agents, it’s a good idea to have indoor plants. Also, they recommend regularly airing out spaces. This is because it would improve bacterial diversity while avoiding the development of resistance to cleaning products.

Regarding antibiotics, the World Health Organization (WHO) recommends people to avoid taking antibiotics that aren’t prescribed by a doctor and requesting medications when they don’t need them. Conversely, they recommend hand washing as the main way to avoid infections.

But it’s worth noting that you shouldn’t excessively wash your hands to avoid eliminating protective skin barriers and making yourself more vulnerable. The same goes for household cleaning.

In short, keep your home clean but don’t overdo it! The presence of some bacteria helps keep your immune system strong and healthy in the long term.

Broad-Spectrum Antibiotics
Have you ever heard about broad spectrum antibiotics? If not, here in this article you can learn about their functions and resistances. Read more »
Link copied!
Interesting Articles
Did you know?
New Year's Traditions Around the World