Everything You Need to Know about Gut Flora

Your gut flora greatly influences your health and well-being. Interestingly, it's like a fingerprint, since it's different in everyone. Learn more here! 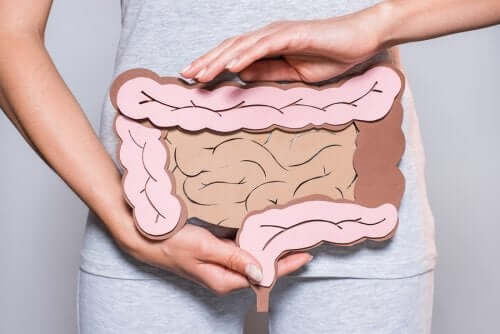 Whenever we talk about flora or microbiota, we’re talking about a group of microorganisms. These can live in different parts of the body, like the skin, mouth, vagina, and other areas. Therefore, the term gut flora refers to a set of microorganisms that live in the intestine.

The gut flora can also be called “gut microbiota” or “intestinal microbiota.” Many experts treat it as a “new organ” that performs key functions in maintaining good health. At the moment, we know that it’s closely related to growth, immunity, and nutrition.

Also, some believe that alterations in the gut flora could shed light on complex issues like obesity and asthma. Also, some studies show that it’s related to gastrointestinal disorders like irritable bowel syndrome and celiac disease.

What is gut flora?

As we mentioned earlier, the gut flora is the population of microbes that live in the gut. It’s about 100 trillion microorganisms, and it has nearly 1,000 species of bacteria. These have about 3 million genes.

The intestinal microbiota can weigh up to four pounds. However, only one-third of the microbiota is common in humans. The other two-thirds are specific to each person. In fact, the Human Microbiome Project has identified only 30% of the gut flora.

Don’t miss out: How to Tell if the Gut Microbiota is Damaged

The microbiota starts to develop from the moment of birth since the intestine of the fetus is sterile in the mother’s womb. The composition of the microbiota in the baby depends directly on the way she or he is fed. Then, his or her development stabilizes around three years old.

Gut flora continues to evolve throughout life. In fact, multiple factors can enhance its balance. Therefore, the microbiota of an older person is considerably different from that of a young adult or child.

The importance of gut flora

Many experts see the intestinal microbiota as a “metabolic organ” since it affects nutritional factors, the regulation of the immune system, and systemic inflammation. All of these functions are currently being studied.

Also, it’s been verified that the microbiota helps the body digest certain substances that the small and large intestines can’t. Additionally, it influences the production of some important substances, like vitamins B and K, and maintains the integrity of the intestinal mucosa.

On the other hand, microbiota acts as a natural barrier against pathogens, which is why they’re essential for the functioning of the immune system. Also, it’s believed that there’s a close relationship between microbiota imbalance and Crohn’s disease.

Dietary characteristics and genetic factors influence the composition of the intestinal microbiota. A study on mice showed that with just one day with a different diet, the microbiota in the animals also changed. In general, mice on a Western diet gained weight rapidly.

At the beginning of life, there’s a significant difference between the microbiota of babies who are breastfed and those who take formula. Everything indicates that this factor has an important impact on the development and balance of the microbiota in the future.

In the first two years of life, bifidobacteria predominate. From the age of 3, gut flora starts to diversify. Then, it reaches its maximum complexity in adults.

In 1989, Strachan showed that there was a reduction in microbial load in developed countries, due to high standards of hygiene. In fact, this might predict an increase in immune diseases.

It’s a truly amazing part of the body!