There are many things that could be considered esophageal foreign bodies. The way doctor's handle it depends on the nature of the body and its location. 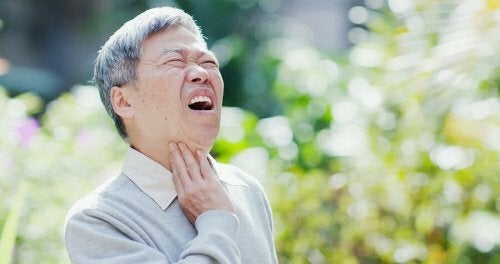 Many patients that swallow foreign bodies are asymptomatic. This is because it’s able to pass through the whole digestive tube on its own. However, this isn’t common. In fact, a foreign body can cause severe complications like intestinal perforations or obstructions.

Faced with these situations, you should act as quickly as possible. Therefore, you should suspect an esophageal foreign body at the first sign that one is there.

In children, the most common cause of esophageal foreign bodies is swallowing. This is due to their habit of putting all sorts of objects in their mouths. In adults, the foreign body also starts with swallowing, but obviously comes from different causes.

The most common cause of esophageal bodies in adults is due to the impaction of a food ball, generally meat. However, for impaction to occur, normally the esophagus has to be tightened first.

Some conditions that cause esophageal tightening are:

What to do for an esophageal foreign body

In adults, foreign bodies can obstruct the esophagus for reasons other than swallowing.

The European Society of Gastrointestinal Endoscopy (ESGE) has written an action protocol for esophageal foreign bodies. According to the protocol, doctors’ attention should be directed first to the general health of the patient, to determine the urgency of the situation.

Secondly, they recommend an x-ray, to determine the presence, location, size, position, and number in cases where:

By using the endoscope, they can insert objects which allow them to manipulate the inside of the body. One example of its usefulness is in extracting esophageal foreign bodies. They can do this with a flexible endoscope (most common) or with a rigid endoscope.

Some studies suggest that endoscopies normally fix the problem if the foreign body is found in the upper part of the esophagus.

However, there are many types of endoscopy. For example, doctors can extract a small and blunt esophageal foreign body with a Foley catheter. This instrument consists of a long and soft tube, made of plastic or rubber, that has an inflatable section.

Another procedure is the bougienage, which can also be used for small and blunt objects. This consists of inserting an instrument, known as a bougie, into the esophageal tube. The difference is that the goal of this technique is to push the foreign body toward the stomach.

Discover: How To Calm Your Gastroesophageal Reflux Symptoms

An esophageal foreign body that has already moved to the stomach

If the foreign body is long or sharp, they’ll try to take it out with an endoscopy if they can reach it. On the other hand, if the object is small and not sharp and it already passed the duodenum, they’ll start a more conservative treatment. First, they’ll do x-rays to watch the object pass through your digestive tract.

Secondly, and until they see the foreign object leave the body, they’ll inspect the feces. Additionally, they should closely observe the patient’s symptoms.

It’s remarkable that 80% of foreign bodies that get to this point continue spontaneously through to the end of the digestive tract. However, around 12% require surgery, which is currently done without mortality.

Nine Healthy Habits to Avoid Digestive Problems
Eating should always be a pleasure. However, some habits can make you suffer after meals. In this article, discover some habits to avoid digestive problems. Read more »
Link copied!
Interesting Articles
Illnesses
Risk Factors for Mouth Cancer