Epileptic Seizure: What it Is and How to Respond

In our society, witnessing an epileptic seizure is somewhat traumatic for many. After all, many of us don't know how to respond or help. Read on to learn more! 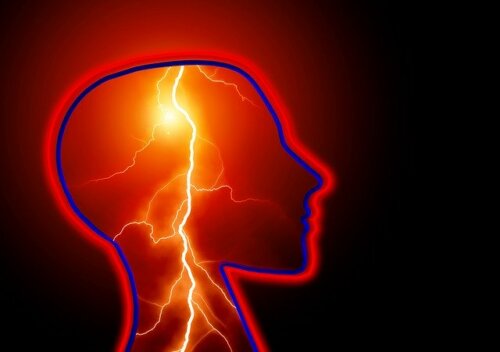 Believe it or not, 3% of the population will suffer at least one epileptic seizure throughout their lives. Therefore, it’s a fairly common condition. In fact, it’s the second most common neurological cause people to go to the emergency room.

Epilepsy is a chronic and non-communicable brain disease that affects people of all ages. Furthermore, around the world, approximately 50 million people suffer from it, and about 80% of patients live in low- and middle-income countries.

Next, we’ll explain what an epileptic seizure is and how a person can be kept safe until the seizure ends on its own.

By definition, an epileptic seizure is a set of diverse symptoms, from some that can go unnoticed to manifestations that people popularly call seizures: generalized body contractions with loss of consciousness. Curiously, these symptoms are due to the fact that a group of neurons in the brain decide to activate at the same time and carry out their activity excessively and abnormally.

Overall, there are two types of epileptic seizures:

According to the ILAE (International League Against Epilepsy), epilepsy is a brain disorder characterized by an enduring predisposition to generate epileptic seizures and by its neurobiological, cognitive, psychological, and social consequences. In other words, any of us can have an epileptic seizure, but not all of us will develop epilepsy.

First of all, it’s necessary to know that there are two main types of epileptic seizures: generalized seizures and focal onset seizures.

Unfortunately, abnormal activity occurs throughout the brain and often leads to loss of consciousness. There are several reasons for this:

In this case, the abnormal activity only occurs in a specific group of neurons. It causes several symptoms depending on the affected region, such as visual and olfactory hallucinations and jerks in one hand.

This article may interest you: Ocular Migraines: How Can They Affect You?

What you should do

If you witness an epileptic seizure, you should do the following:

Most epileptic seizures are not an emergency and end on their own. That’s why it’s important to simply ensure that the person can’t get hurt by external objects during the seizure. However, it’s often recommended that they report their seizure to their doctor afterward.

What not to do

Beyond what you should do at this time, it’s important to know what precautions to take to avoid making mistakes that can complicate the patient’s evolution. First and foremost, you shouldn’t try CPR.

Also, you shouldn’t hold the person during the epileptic seizure, insert objects into their mouth, or try to grasp their tongue. It’s best for the crisis to occur with the person turned to the side and to place their tongue in the same position.

Finally, you shouldn’t offer the person food or liquids immediately after the crisis, at least until you confirm that the affected person is alert.

What You Need to Know About Zellweger Syndrome
Zellweger syndrome was described in 1964 and has been related to the presence of certain gene mutations. Read on to learn more about it! Read more »
Link copied!
Interesting Articles
Illnesses
What Are Autoinflammatory Diseases?