It is normal that, over the years, our body stops producing certain substances, which brings with it several symptoms that respond to these losses. 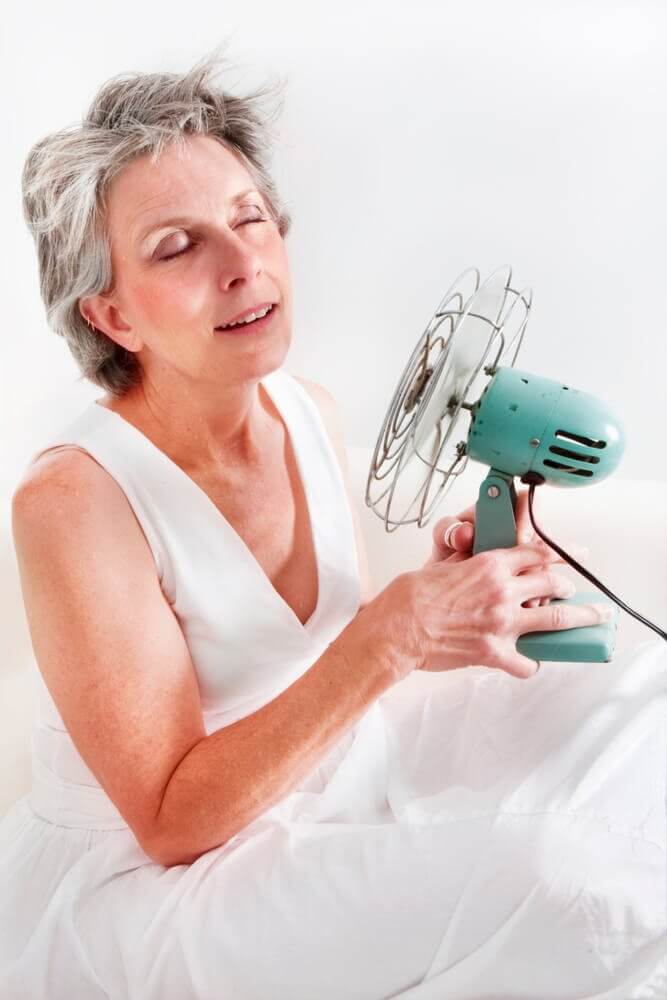 Menopause is a natural process that happens to all women when they reach a certain age. During this stage, a woman stops the formation of ovules. However, we can not ignore that this, in turn, comes accompanied by very annoying symptoms.

In this article, we’ll teach you everything you need to know about this condition and the most effective way to treat menopause using home remedies.

As menopause approaches, a critical age, or life change, there is often irregularity in the dates and amount of menstrual flow. More and more periods are omitted, until they cease completely.

The faculty of reproduction may be lost before menstrual disorders appear, although this usually does not happen, and it may even be the case that the aforementioned faculty subsists when menstruation has ceased.

Some of the symptoms that afflict many women in this stage of life are:

Almost any symptom that has previously afflicted a woman tends to present itself again, and intensely during menopause.

Heat waves or hot flashes are the most common symptom of menopause and one of the most annoying. They can occur when women still have menstrual cycles, that is, in the period called premenopause (3-4 years) prior to the complete disappearance of menses and may last more than 5 years after the onset of menopause.

They can appear at any time of the day, but are predominate at night, as a sensation of increased body temperature in the upper part of the body, such as the face and neck.

It lasts on average between 2 to 5 minutes, and are accompanied by sweating and palpitations. Often, they happen while sleeping and wake up women several times at night. Thus, it causes fatigue, lack of sleep, and causes womens clothes and bedding to end up bathed in sweat.

Menopause results from the physical changes that age brings to a woman’s body. They usually culminate sometime between 40 and 50 years, although sometimes the change occurs earlier and occasionally later.

In some women, it starts early and ends early, with few disturbing symptoms. It usually takes from a few months to one or two years for the nervous and menstrual irregularities to disappear.

What should be done?

These habits will improve overall health and make the symptoms of menopause less pronounced:

As for sexual health, lubricants should be used to prevent sexual relations from being painful. Also, you have to tone the vagina by means of pelvic floor exercises, which help to reduce incontinence.

This is also a good time for couples games, imagination, communication or trying new experiences. Sexuality is lived fully in this age, because there is no risk of pregnancy.

Among its natural properties, we find that these contain small amounts of isoflavones, which are responsible for reducing the severity of hot flashes caused by menopause.

This plant has many natural medicinal benefits. It has the ability to cancel the decrease in estrogen levels, responsible for hot flashes during menopause.

It is another plant that helps women to bear the symptoms of menopause easier. It stands out for its estrogenic properties, as it contains stigmasterol and nerol.

These natural alternatives are very suitable to treat menopause. We recommend following the advice given and take advantage of the remedies learned to cope with their symptoms.

5 Keys for a Diet for Losing Weight During Menopause
Losing weight during menopause is necessary not just for aesthetic reasons. The right body weight is important for your health in general. Read more »

Link copied!
Interesting Articles
Other treatments
How to Strengthen Your Fingernails Naturally: 5 Tips

Other treatments
5 Remedies that Can Help You Relieve Constipation

Are you looking for remedies to help you relieve constipation? Constipation is a disorder that’s a real headache for those…