Rice pudding originated in Asia and later spread to the European and American continents. It's a very simple dish to prepare that's made with basic and inexpensive ingredients. 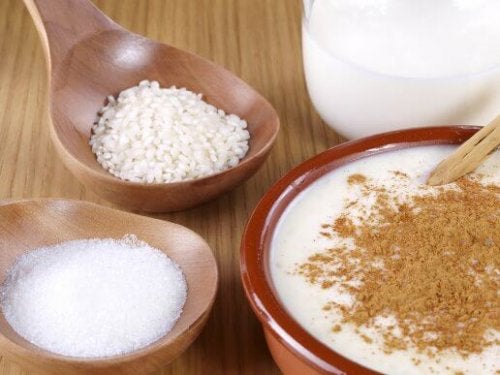 Rice pudding is the ideal dessert to have when you don’t feel like cooking. Its preparation is fast and yet the dish is not only packed with flavor, but also highly nutritious and filling.

If you’ve never made it, then it’s time to roll up your sleeves and get down to work.

The Origin of Rice Pudding

Although the origin of this dessert dates back to Asia, it’s now eaten in multiple countries. It’s a tasty combination of rice, milk, sugar, cinnamon, lemon, and vanilla, among other things, and it’s so versatile it can be enjoyed hot or cold or even frozen. As with everything, it all depends on each person’s taste.

The story says that around the XVII century in the Spanish area of Catalonia, there was a dessert called Manjar Blanco. However, only wealthy people could afford to eat it. For that reason, the cooks added rice instead of chicken or fish, in order to make it more accessible to the rest of the population.

Also, as a curious fact, you should know that, in the beginning, the dessert was made with honey. It must be taken into account that cane sugar arrived in the country during the crusades. Later, with the commerce brought by Persians and Venetian merchants, it became quite popular.

Nowadays, this rice is cooked with milk and cinnamon, and sugar in the last step. However, there are other recipes in which the rice is cooked separately and then everything is mixed. You can also add eggs, cream or flour to thicken it.

So what are you waiting for? Are you ready to try it?

If so, then we’ve got a recipe for you! In addition, we’ll provide you with some tips and variations so you can choose and try the one you like the most.

Most Latin American countries adopted the tradition of preparing this dessert at certain times of the year such as Holy Week and Easter, for example. However, don’t limit yourself. You can cook it whenever you want!

The best thing about this recipe is that you can customize it any way you want. For example, some people add raisins, pineapple and other fruits such as strawberries and apples. Also, you can add nuts and even chocolate or even chicken (as in the original recipe).

Discover: Learn How to Make Spanish Leche Frita with this Easy Recipe

Try This Delicious, Easy Homemade Arequipe Recipe
This homemade arequipe recipe is easy to make and goes with a lot of other recipes. It's amazingly sweet and creamy, and you will love it! Read more »
Link copied!
Interesting Articles
Desserts
A Recipe for a Chocolate-Persimmon Custard Pie