Early Symptoms of Dementia: How to Detect Them

Exercising daily, sleeping well, cultivating self-esteem, and maintaining a balanced diet are habits that can bring multiple health benefits. Did you know that it even helps prevent dementia? 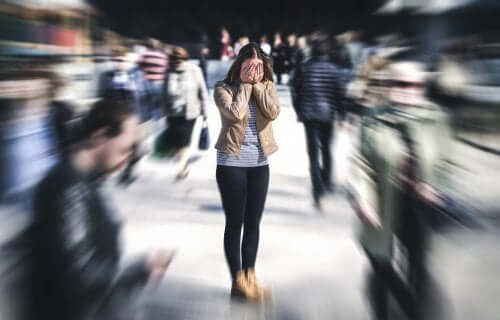 Many people ask about early symptoms of dementia that could trigger an age-related neurodegenerative disease, and more specifically, dementia.

Dementia is a generic term to describe symptoms that affect reasoning, memory and cognitive activity, as a result of natural deterioration with age.

Some signs may be significant, but always require contrast with a specialist. Not everyone has the same abilities and skills every day, and you should also know that emotional state has a great influence on these aspects as well.

Therefore, we have to distinguish between feeling dizzy as a consequence of going through a period of stress, and general nervousness, for example.

Although each case is different, we can name some common early symptoms of dementia:

There are usually certain symptoms that could indicate the appearance of dementia in the future.

The brain doesn’t age like the rest of the body. It doesn’t have gray hair or wrinkles. However, we often feel that the older we get, the slower our mental capacities get. For example, our short-term memory (the one that allows us to remember phone numbers) suffers.

To keep the brain young, we can rely on certain habits of life as simple as:

Obviously, no two brains age the same. However, most of the life patterns we’ve just mentioned and that we handle every day can contribute to keeping the brain young.

The importance of early diagnosis

Detecting the aforementioned symptoms (before they become acute) can help establish more effective treatments to alleviate them. Therefore, visiting a specialist if they occur recurrently and worsen over time will help prevent further deterioration.