While drinking tea isn't a guarantee against the appearance of cancer, an increasing number of studies show that it could help prevent this disease. Plus, drinking two cups per day can promote regulation of your estrogen mechanism. 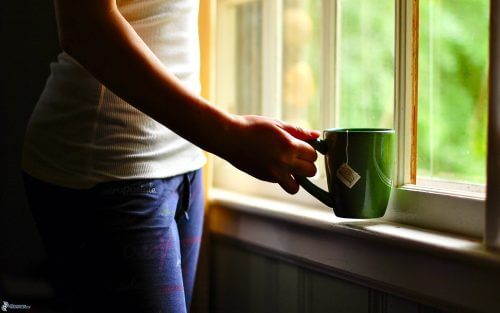 Uppsala University, in Sweden, has published an interesting study. It shows that drinking tea on a regular basis produces gene changes in women.

Some Facts About Tea

We recommend that you read: Papaya, Green Tea and Aloe Vera: The Answer to Bloating

Epigenetic changes are chemical modifications capable of “turning on” or “turning off” certain genes.

For women, turning on certain genes is a good thing. Some genes are able to both protect against carcinogenic processes and help ensure proper metabolism of estrogen.

In this article, we’ll give you interesting information about this subject.

Dr. Weronica Ek led the study. She works in the department of Immunology, Genetics and Pathology of Uppsala University.

The study was done on different populations in Europe over the course of 5 years. Researchers analyzed the effects that both coffee and tea can have on genes. They did this for both men and women.

The main results were the following:

The first thing scientists observed was that drinking coffee didn’t have an effect on genes.

For tea, the results were different, though. There appeared to be several very interesting things happening. Besides, it didn’t matter if it was green, black or white tea.

First of all, they noticed that tea caused several gene changes in women. However, these modifications didn’t occur in men.

Oddly enough, many of the changes were found in genes involved in the development and prevention of cancer. Tea also had an effect on genes influencing estrogen metabolism.

Previous studies have shown that tea reduces estrogen levels. Chemically active compounds in tea, such as catechins, have the most impact on carcinogenic cells. Laboratory tests on cultures have already demonstrated this.

Tea contains polyphenols, theaflavins and thearubigins. These help protect your cells and DNA against cellular proliferation and apoptosis, or cell death.

Why Does Tea Benefit Women More Than Men?

There’s no answer to this question yet. It’s a subject that requires more research. What’s true is that women drink more tea than men. Unfortunately, this posed a problem in this study.

So, what would happen if men drank the same amount of tea as women? This is something we have yet to see.

However, scientists have been able to show once again that tea positively regulates estrogen. No matter what, this is something that’s very interesting in itself.

Estrogens are a group of female sex hormones. These hormones carry out certain physiological functions.

However, these hormones are also implicated in cancer processes. In the long run, this is a fact that can increase women’s risk of suffering from either breast or endometrial cancer. The latter is a form of uterine cancer.

To conclude, it’s important to remember that scientists still need to do more studies to take a look at their findings in detail. After all, they want to see how changes found happen. Besides, they want to see if they could happen in the male body too.

Instead, what we’re looking at is a “guardian,” a natural mediator of good health. As with everything, you need to drink it in moderation.

Because of this, regardless of your gender or age, there isn’t anything better than enjoying two cups of tea per day. You should also eat a balanced diet and avoid harmful habits, such as tobacco or a sedentary lifestyle.

Tips to Face the News about Cancer
Receiving the news about cancer makes a huge psychoemotional impact on the person. Without a doubt, there is a before and after. Read more »
Link copied!
Interesting Articles
Did you know?
Why Do We Have Armpit Hair?