There are times that you go against your wishes, in order to avoid conflicts with others. However, remember the importance of expressing yourself. You matter. 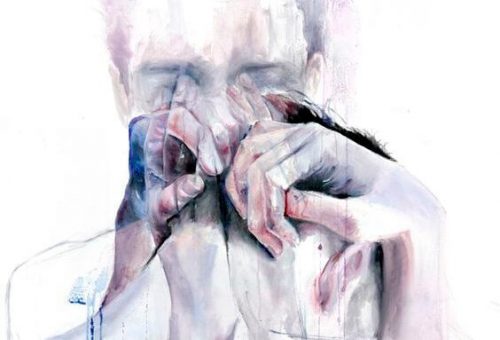 Have you ever stopped to think about the possible consequences of avoiding conflicts?

Sometimes, you just don’t want to have an argument, so you don’t say “no.” However, it’s important for you to remember that this show of disrespect to yourself can lead to even more problems.

Making an effort to avoid starting an argument doesn’t necessarily mean that it won’t happen. In fact, you’ll be causing an even worse battle. This’ll be against you. Most of the time, you’ll end up losing.

You may also avoid saying “no” because you’re afraid of how the other person may react. But refraining this way will have a negative effect on you.

Other times, you may fight with yourself over saying “yes” or “no.” In addition, you may start an internal challenge to feeling the way you do when your inner voice tells you that you’re on the losing end.

There’s nothing worse than doing something without really feeling like it. You certainly feel bad. But you know what? This emotion is because, deep down, you know that you’re cheating yourself.

This is an easy way to hurt yourself. You always try not to let people down. Of course, you don’t want them to let you down either. But, in reality, you don’t have the same respect for yourself as for them.

Avoiding conflicts isn’t worth it. You need to give yourself the priority you deserve. Get rid of the fear of what others may say and how angry they may get.

You need to listen to your heart. Say what you really want.

We recommend you read: Self-Love 101: How to Love Yourself

When avoiding conflicts, we repress our emotions. We bury them so that they don’t get out.

However, doing this doesn’t mean that your emotions won’t get out. As you know, you can try to keep them in. Nonetheless, they’ll always start to get out after some time.

Sooner or later, you’ll begin to lose control. Your resentment of the following will gradually grow:

One after another, these situations will cause you to keep stuffing your emotions in a bag. You’ll keep filling it until it’s completely crammed.

All these feelings are negative indeed. When you start to overflow, the bag explodes. This happens in the most unexpected moment, in the least appropriate situation and in the worst possible way. You end up losing control. And, for the most part, it’s just a straw that breaks the camel’s back.

Has anyone ever told you, “It’s not that bad” or even said, “Don’t be like that; you’re exaggerating”? Perhaps your emotional bag was exploding then.

Keeping your emotions inside can make your body scream. You can even get strong, unexplained headaches or stomachaches. These could be the result of repressing your emotions.

Your fears are encouraging you not to show who you really are. You become your own poison. You feel unfaithful to your principles and to what you want.

Stop agreeing with everyone to avoid conflicts. The negative reaction might never happen. It could just be something you imagine.

Or maybe it could happen because everyone else knows that you don’t ever say “no.”

Don’t hurt yourself anymore. Don’t fear how others will react. Your well-being should be much more important. The same goes for your happiness and for what you want.

Don’t worry in excess. The worst storms happen in our imagination.

7 Yoga Poses for Happiness
Did you know that yoga can make you happier? The following yoga poses for happiness can help you improve your emotional health. Read more »
Link copied!
Interesting Articles
Conflicts
My Partner Is an Alcoholic: How Can I Help Them?

Battered woman syndrome affects anyone who's experienced long-term physical or psychological abuse in their past. This is a term coined…

An abdominal aortic aneurysm is an abnormal and persistent dilation of the aortic blood vessel. It's a condition that can…