Donepezil hydrochloride is a drug used for Alzheimer's that's relatively well-tolerated. However, as with every drug, there are times when other moderate or severe side effects may also occur. 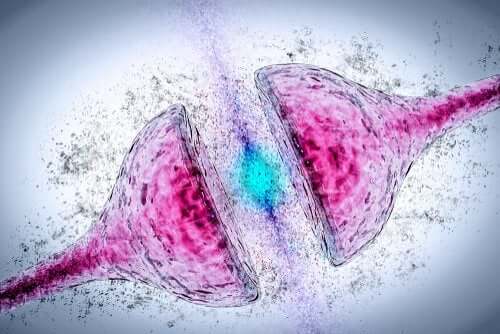 Donepezil hydrochloride is the second most popular FDA-approved drug to treat mild to moderate Alzheimer’s. However, there’s no evidence that its continuous use can improve the behavior, functional capacity or quality of life of patients at the moment. Neither does it slow the progression of this disease.
In any case, this drug does have advantages over others out there. This is because Donepezil hydrochloride has a simpler dosage and also a much-improved safety profile. There are no records of liver toxicity among its users.
Still, there need to be more clinical trials of longer duration to make up for the lack of evidence regarding its health benefits. These also should answer the question of whether these health benefits are long-lasting.

Alzheimer’s is the most common cause of dementia, but there are others. This disease usually affects the elderly. Dementia isn’t a disease, but part of a group of symptoms that impair memory, the ability to think, and overall social skills. It significantly affects a person’s daily life.
Even though Alzheimer’s is the most common cause of dementia, its cause is still unknown. Even without knowing the trigger, researchers noticed there are amyloid plaques and neurofibrillary tangles in the brains of people afflicted by this disease:

Some people are genetically predisposed to this disease. However, there are other factors such as age, Down syndrome and severe cognitive impairment.

Regarding symptoms, the following tend to occur:

The effects of Donepezil hydrochloride in the body

Some drugs, including donepezil, known as acetylcholinesterase inhibitors, can delay the degradation of a chemical known as acetylcholine. The way it works is this substance releases in the synaptic space between one neuron and another so that neurotransmission is triggered.
However, if there’s not enough acetylcholine in the brain, it won’t work properly. Thus, the persons will feel the symptoms associated with this disease. This way, Donepezil delays the degradation of this substance by temporarily increasing its levels.

There’s no cure for dementia yet. The only thing that scientists know how to do is delay cognitive decline. However, we’re all still hoping to find a cure for senile dementia or Alzheimer’s disease.
Read also: We Could be Getting Closer to Creating an Alzheimer’s Vaccine

This drug is relatively well-tolerated. Also, most of its expected adverse effects are temporary. However, sometimes, other moderate or severe effects may also occur.
The adverse effects related to the cholinergic actions of the drug are the most likely due to withdrawal from treatment in the first 12 weeks. Overall, these are the most common:

Discover: Prevent Alzheimer’s, Is It Possible?

Some people must be particularly careful when they use this drug. This is because some are hypersensitivity to piperidine derivatives or the excipients of the formulation. Also, pregnant or breastfeeding women should stay away from this drug. This is mainly because there are still no results regarding its side-effects.
Similarly, people with any of the following problems must also avoid taking this medication:

Donepezil is a great advance in the area of ​​neurology. Therefore, it represents a considerable improvement in the treatment of Alzheimer’s related dementia. However, there’s still much to investigate so researchers can continue moving forward to discover the definitive cure for this disease.

People who must undergo this treatment must have a reliable person in overall good health who can administer the doses and guidelines established by the doctor.