Does the Dukan Diet Work for People with Obesity?

The problem with the Dukan diet is the fact that it’s very general and doesn’t consider the diversity of patients. That’s why you will see different results in different people. 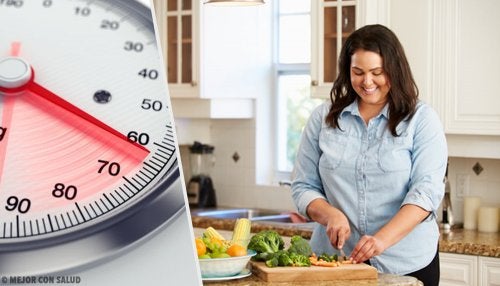 You’ve probably already heard about the “miracle” Dukan diet, which many people in Hollywood have followed.

It’s the preferred diet for people who want to lose weight without a lot of effort. After all, it doesn’t require any exercise and you can eat almost anything you want.

Those who have studied this diet argue that it does not work for 80% of the people who try it, particularly those who are obese.

Find out more in today’s article.

The alleged success of the Dukan diet

French Doctor Dukan has published several books on his miraculous diet, and they’ve all been a success. In Spain, his three publications are “bestsellers” with over half a million sales.

The commotion surrounding this diet did not go unnoticed. A study was carried out by the Spanish Agency for Food Safety and Nutrition (AESAN), which found that Dr. Dukan’s method was “fraudulent, illegal, does not help people lose weight, and is a risk for those who practice it.”

A lot of people started following this diet after they saw how quickly the actress Penelope Cruz lost weight after giving birth to her son. Plus, they looked at the future Queen of England, Kate Middleton (it’s been said that Dr. Dukan sent a copy of his book to her home, thanking her for trusting him).

Read also: How to start a diet: tips to remember

Does the Dukan diet work for obese people?

Some people think this is the perfect diet for those with obesity. However, others argue that it’s only good if you want to lose a couple of pounds. The method promises lasting effects (for life) but many researchers have challenged this supposedly miraculous technique.

One of the studies that shows why this diet won’t work was done by a group that was strongly opposed to Dr. Dukan.

They surveyed 5,000 people who had practiced the diet.

While the majority of them indicated that the method was effective in the beginning, they later reported:

One of the maxims of this method is “if you don’t get the results you expected, it’s because of your lack of commitment.” That is, it’s the patient’s fault – not the method.

Just look at some of the responses of the survey. 60% of people said that they didn’t lose weight because they ate too much, they didn’t work hard enough in the early stages of the diet, or they ate something that they shouldn’t.

These feelings of guilt are psychological consequences that are associated with the Dukan diet, but they’re not the only ones.

In addition, Dukan dieters have also suffered from symptoms of depression and low self-esteem because they look in the mirror one day and have a beautiful figure. Then, a few weeks later, everything is like it was before…or worse.

It’s also worth mentioning that Pierre Dukan himself has said that people who are a few pounds overweight are “sick,” not to mention the obese.

The World Health Organization made a similar claim in 1997 when it described obesity as a chronic disease. Unfortunately, Dr. Dukan treats anyone who is not slender equally, on the basis that they have a problem.

It’s been estimated that people who are obese or overweight have been able to lose an average of five pounds after a month on the Dukan diet. This isn’t a significant amount, however, if you consider the extremes you must go through with your food consumption to follow this method.

There are more effective and healthier dietary plans that you can follow to achieve good results.

Fat will melt away when you consume less processed flours, sugars, and fats, and increase your intake of fruits and vegetables. Plus, you can exercise regularly and avoid bad habits like smoking and alcohol consumption.

You don’t need to resort to such drastic treatments with a high risk of side effects. In addition, you’re even more likely to avoid the “rebound effect” where you gain back all the pounds you lost.

Among the many people who argue that the Dukan diet isn’t for everyone, whether they’re obese or not, is a researcher from the University of Navarra (Spain).

Dr. Silva believes that even following the method page by page from the book has no guarantee of results.

Naturally, Dr. Dukan is not responsible for the follow-up on any patient, like a nutritionist at a medical center would be able to do. Nor can he control a patient’s understanding of the diet. To make matters worse, the book is somewhat general and isn’t concentrated on a particular group of the population.

It’s clear that not everyone can follow the same diet, because of differences in:

That’s why it’s essential to talk with your own doctor first and evaluate other options to lose weight the healthy way at your own pace.