Dobutamine: What’s it Used For?

Dobutamine is a drug used to treat severe heart failure, such as those triggered during cardiac surgery or in cases of septic shock. 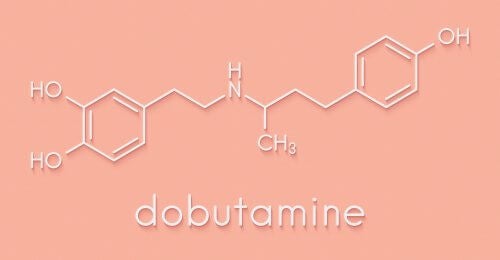 Dobutamine is a drug with positive inotropic effects (see below). Therefore, it’s used to treat heart failure and cardiogenic shock, and is administered intravenously.

While dobutamine is structurally similar to dopamine and other catecholamines, this drug is a structural analog of isoprenaline and has different pharmacological properties, including the aforementioned inotropic effects, as well as chronotropic and vasodilation effects.

Unlike dopamine, dobutamine doesn’t affect dopamine receptors, although urine production may increase due to increased cardiac output, for example.

The circulatory system has many key functions for proper bodily functioning. Among them, we can mention the following:

The heart has many characteristics you need to be aware of to understand how it works, as well as dobutamine’s mechanism of action. These are:

Dobutamine is a drug used to treat acute heart failure, such as those triggered during cardiac surgery or in cases of septic shock. All these effects are justified by the characteristic inotropic effects of this drug.

In addition, medical professionals can also prescribe dobutamine to patients who suffer from congestive heart failure in order to increase the heart’s performance. It’s often used in cases where the patient requires parenteral nutrition as inotropic support in the short-term treatment of cardiac decompensation due to a myocardium contractility deficiency.

Moreover, it’s important to mention that medical professionals don’t recommend dobutamine for treating coronary heart disease because it increases heart rate, which is accompanied by the myocardium’s consequent demand for oxygen.

Discover: What You Should Eat if You Suffered a Heart Attack

How does dobutamine trigger its effect on the body?

Dobutamine interacts with beta-1 adrenergic receptors, and activates them. Also, it has a lower alpha 1- and beta 2-adrenoceptor stimulation. Because of this, it’s able to increase myocardial contractility and stroke volume. Therefore, it triggers a series of modest chronotropic effects, causing increased cardiac output.

As a result of these effects, others occur at a hemodynamic level, such as a decrease in systemic vascular resistance and ventricular filling pressure. Furthermore, blood pressure also tends to increase due to increased stroke volume. However, diastolic blood pressure and mean arterial pressure usually remain unchanged.

As we mentioned at the beginning of the article, dobutamine has no effects on dopamine receptors, unlike this neurotransmitter. Also, it doesn’t cause the release of norepinephrine from sympathetic nerve endings.

You should also read: Heart Palpitations: 4 Reasons You Might Feel Them

Adverse effects of treatment with dobutamine

Like any other drug on the market, dobutamine isn’t without side effects. We understand side effects as those undesirable and unintended events that a patient can expect when they start treatment with a drug.

Some of the side effects of this drug are:

Dobutamine is a drug that medical professionals prescribe for the treatment of heart failure due to its ability to increase heart contractility and heart rate. However, it can trigger a series of adverse effects that the patient must assess with their doctor before starting treatment with this drug.

Consult a professional if you have any questions about dobutamine and tell them if you’re taking any other drugs. This way, you can avoid complications.

7 Potential Causes of Congestive Heart Failure
Congestive heart failure can be consequence of several different illnesses. They may not be related to the heart, but they can nevertheless determine the occurrence of this condition.  Read more »
Link copied!
Interesting Articles
Medication
Characteristics and Uses of Flumazenil