Do Women and Men Experience a Heart Attack Differently?

A heart attack is due to a deficit in blood supply to the coronary artery, which is responsible for supplying oxygen to your myocardium 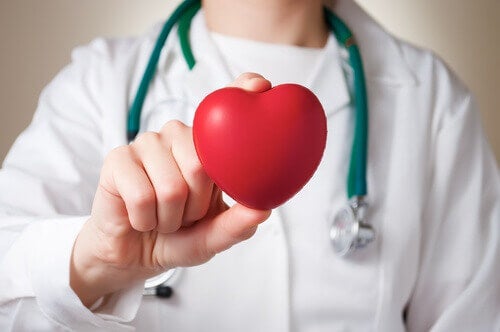 A heart attack (myocardial infarction) can come at any time, even though a lot of people might not realize it. Indeed, heart attacks are the leading cause of sudden death and can happen at any time.

What is a heart attack?

Also known as a myocardial infarction, a heart attack is a problem that is isolated within the muscle of the heart. In short, a heart attack causes your heart to stop working properly and brings associated risks along with it, including death.

This condition occurs when the region surrounding your heart doesn’t receive enough oxygenated blood due to some kind of arterial obstruction.

When oxygen continues to be depleted in supply to the heart muscle tissue, it can die due to a lack of circulation.

Visit this article: Can coughing halt a heart attack?

What causes a heart attack?

As we mentioned above, the main cause of a heart attack is an arterial blockage near your heart. It’s important to mention that the normal function of this major organ is totally dependent on your circulation. Without it, problems quickly occur – including a heart attack.

While there are a diverse number of causes for an arterial blockage, the following are the most common:

How do you know if you’re having a heart attack?

When a heart attack occurs, it’s usually accompanied by the following symptoms:

How is a heart attack different for men and women?

A heart attack can strike any person around the world, but you can differentiate between them by gender. Although it might not make sense, there’s something known as a female heart attack, which can occur in women of any age.

How is this different from a heart attack in a man, however?

Well, it’s important to pay attention to the differences in symptoms. Let’s begin.

Read also: Why do you suffer from chest pain?

Fatigue without an apparent cause

Feeling tired or fatigue without any cause could be associated with a variety of health problems and diseases – the most common ones are stress and anxiety. This symptom could also be associated with poor heart function or circulation, however.

When you have a heart attack, there is a decrease in the flow of blood to your heart, which causes a variety of symptoms.

This symptom should never be ignored, especially if it’s accompanied to something that feels like a stabbing pain in your chest.

It’s best to consider whether your anxiety or stress could indicate a heart attack.

Pain in the neck and arms

Pain in these regions of the body can occur due to accumulated stress, fatigue, or poor posture. However, women who have cardiovascular deficiencies also typically experience this symptom.

This is why it’s a bad idea to ignore pain in the arms or shoulders. It might be a heart attack that is coming on gradually. Men, on the other hand, usually experience this symptom just before the heart attack, and men are also much more likely to have a heart attack in the first place.

Any unusual symptom related to your respiratory tract could indicate a heart problem, especially in the case of women. In fact, difficulty breathing is common during a female heart attack.

If you have a persistent cough, are out of breath, or feel an itchiness in your throat without any of it being associated with a virus or a cold, it could be a heart attack. These symptoms are especially alarming for women, as they are more common.

5 Foods that Seriously Hurt Your Heart
Heart health is fundamental for healthy living. We all know that it's the body's engine, but, do we take care of it as we should? The truth is that it's not always the case. In this article, you'll learn about 5 foods that harm your heart. Read more »
Link copied!
Interesting Articles
Illnesses
Eczema and Stress: How Are They Related?

Interesting Articles
Illnesses
Eczema and Stress: How Are They Related?