Do Our Personality Traits Change Over Time?

Personality is characterized by being stable over time. However, many of its traits evolve over the years. In this article, we'll explain why. 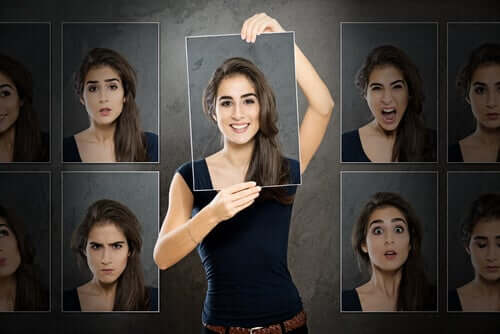 Personalities and personality traits are a psychological construct that has attracted the attention of numerous researchers throughout the history of psychology. It has generated multiple theories about it and, even to this day, there isn’t a unanimous consensus about it.

There are as many definitions of personality as there are authors who have studied it. In essence, we could describe it as the set of psychic characteristics that shape our way of thinking and acting.

In this article, we’ll take a closer look at this fascinating topic.

The interaction between temperament and character determines our personality traits. Temperament is the innate part of the personality and is conditioned by genetics. It manifests itself earlier and is relatively stable over time.

On the other hand, more environmental aspects influence character and can be more easily transformed.

Thus, we can understand personality as an entity that’s stable over time but susceptible to change, either because of the circumstances experienced or because we consciously seek to change some aspect of it.

How do we change over the years?

We all evolve in some way throughout life. For example, a study at the University of Edinburgh looked at change in people when they were fourteen years old and sixty-three years later. The results, as expected, showed that there had been a very significant transformation in their personalities.

Personality traits aren’t fixed, but modulable. Even if we have a stable tendency, we can evolve and modify many aspects.

However, not all people change in the same way. The circumstances that each of us face are sometimes similar, but they can also be extremely different from those of the majority, and that will condition our personality in a very marked way.

On the other hand, there are people who tend to change more easily, either because of who they are, because of their experiences, or because they intend to transform some trait of their personality.

The five big dimensions of personality

Beyond great referents such as Cattell or Eysenck, McCrae and Costa proposed the Big Five model, one of the most widely used to classify the different personality traits.

In it we find five characteristics that lie on a continuum between two extremes:

If we analyze these traits in ourselves, we can see that some elements have remained stable over time. However, it’s easy for others to have modulated.

For example, it’s possible that we’ve become more responsible than when we were younger, or that thanks to maturity we’re more emotionally stable. Or, on the contrary, that, due to circumstances, our level of neuroticism has increased considerably.

Learn more about: How to Have a Positive Attitude in an Adverse Situation

How can I change my personality?

For people in the second group, it’s essential to keep the following things in mind:

Sometimes there are traits of our personality that harm us and we don’t know how to modify them. In these cases, consulting a psychologist is always a fantastic and helpful option.

Have you ever felt so angry that you couldn't even tell someone what you were thinking without losing it? Do…

Silence comes from the Latin word for the absence of noise. Silence as therapy can be truly healing. As far…