Discover the Uses and Effects of Budesonide

The activity of budesonid is approximately 15 times higher than that of prednisolone. Discover more about the uses and effects of budesonide. 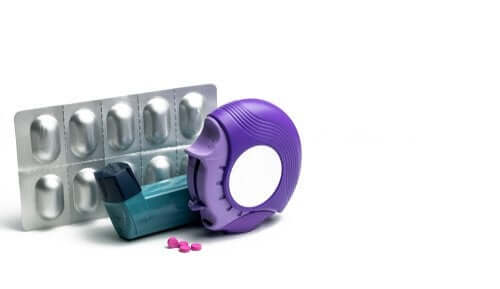 Budesonide is a glucocorticoid medication belonging to the corticosteroid family. It’s available on the market under different forms of administration, each of which doctors prescribe for different pathologies. In the following article, we’ll discuss the uses and effects of budesonide.

We can find budesonide on the market as:

A little of the history of budesonide


The patent for this medicine was issued in 1973 and its commercialization began in 1981 as a medicine to treat asthma. Since its patent has already expired, today we can find it as a generic medicine as well as under different trademarks.

The WHO (World Health Organization) includes it on the list of essential medicines, a series of drugs that every basic health system should have.

What are the effects of budesonide in the body?

Budesonide is, as we’ve said, a glucocorticoid and, as such, has a very high local anti-inflammatory effect.

Glucocorticoids are a family of drugs that trigger different effects in the body such as anti-inflammatory, immunosuppressive, or metabolic changes.

However, experts have yet to fully study the exact mechanism of action by which this drug exerts its effect for the treatment of rhinitis. Just the same, they believe that several mechanisms are involved, including:

At the same time, the activity of budesonide, measured in the form of affinity to glucocorticosteroid receptors, is approximately 15 times greater than that of prednisolone, one of the first corticosteroids discovered.

As we’ve mentioned, it presents a high local anti-inflammatory effect by reducing the synthesis of inflammation mediators and microvascular extravasation in the respiratory tract. Moreover, it inhibits the influx of inflammatory cells into the lung after allergenic exposure.

Read also: The Role of Zinc in Strengthening Your Immune System


Like all medicines, budesonide also has a number of adverse effects that doctors and patients must be taken into account. As the routes of administration can vary, we’ll look at the adverse effects of budesonide when it comes to inhalation and nebulization.

When patients take this drug by inhalation, the following adverse effects may occur:

You may also be interested in reading: The Relationship Between Asthma and Rhinitis

When patients take this drug through a face mask, they may suffer from skin irritation on the face. However, they can reverse this injury by washing their face after the use of the mist mask.

On other occasions, which are usually minimal, the systemic effect of this drug can trigger adverse reactions.

To conclude, budesonide is a glucocorticoid drug with potent anti-inflammatory and immunosuppressive effects. Depending on the form of administration, doctors prescribe it for the treatment of different pathologies. In addition, the adverse effects of budesonide also vary.

Finally, it’s important to know that stopping treatment suddenly can cause serious health consequences. Therefore, as with other steroids, the interruption of a long treatment with this drug should take place gradually.

Corticophobia or Fear of Corticosteroids
The fear of corticosteroids has been increasing for the past few decades. These medicines can have various important side effects, but they often happen when you don't take the correct dose, or you use them for a prolonged period. Read more »
Link copied!
Interesting Articles
Medication
Tretinoin and Acne: Warnings and Uses