Discover When You Should Shower And Why

While keeping in mind the rest of our daily routines and customs, whether we take a shower in the morning or at night will depend on the effects we're after 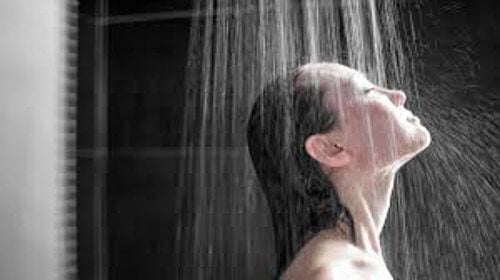 Showering is one of the most common practices that all human beings share and is considered to be just another day-to-day routine.

This is because after the 18th century, hygienic habits became part of society. Around that time, showers were considered harmful to the body.

It’s no wonder it was strictly prohibited with children.

Even though it seems simple, showering implies much more than getting wet, lathering with soap and rinsing off.

Besides cleaning one’s self, there are more reasons for showering, such as relaxing, getting refreshed, feeling better and in many occasions treating certain illnesses.

As it is something done by the majority of the world’s population, naturally there are different points of view.

One of the most popular habits is to shower in the morning before beginning one’s daily routine, then again at night once everything is finished and just before going to sleep (twice a day). Even though we shower at these times, it’s worth noting that there is no absolute truth regarding the hour when it should be done.

Feeding controversy on the matter are other valid arguments, keeping in mind it is something very personal and depends upon every individual.

You Should Shower: 1. When You Are Dirty

This argument is perhaps the most used for when people need a good shower. It’s the most logical, given that bathing is truly antiseptic, or at least that’s what is suggested.

It may seem crazy to many, but a lot of people shower to feel bodily pleasure. This also includes relaxation, which can be very necessary for muscles.

But Think About Your Skin

The underlying controversy about when to shower is clear from these arguments. But there is a fundamental element that few or none keep in mind: the skin.

This is one of the most relevant factors when it comes to showering.

The skin has a kind of protective layer of bacteria. This can be widely affected by excessive showering or use of bath products (soap, lotions and others).

The medical community recommends one per day, to prevent excessive showering from endangering the protective layer mentioned above.

It should be taken into account that the number of showers we take over time can lead to problems with cutaneous tissue such as dermatitis or allergies.

So, When Should We Take A Shower?

Without naming them, it’s enough to say that there are many valid arguments for showering in the morning as at night.

Here are some that support each side:

Showering in the Morning

It is recommended to shower in the morning only when some of these reasons form part of your daily routine.

The reasons for showing at night, especially before bed, are usually the opposite of those mentioned above.

What Kind of Water is Best For Showering?

After discussing the arguments about what time we should shower, there is still a question to resolve: what kind of water should we use.

Generally, there are two options: hot and cold. From these, we could add a third, which is lukewarm.

It’s never good to go to extremes. Therefore, the most recommendable water for the body is lukewarm (cooler rather than hotter).

10 Changes You’ll Notice If You Start Showering With Cold Water
Yes, it's true that a warm or hot water bath after a long day makes us feel pleasantly relaxed and relieved. However, it's important to know and take into account the great benefits you could get when showering with cold water. Read more »
Link copied!
Interesting Articles
Health
9 Tips for Helping a Person with Bipolar Disorder