It's taken science many decades to understand how DNA works. Although all the mysteries about these fascinating mechanisms haven't yet been unraveled, there's now a solid explanation of the nature of DNA and how it works. 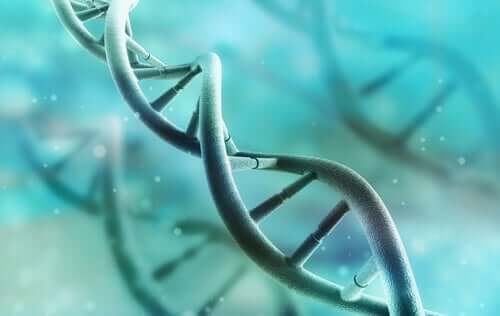 The story of the discovery of how DNA works began in 1868, when a Swiss medical student by the name of Johann Friedrich Miescher succeeded in isolating a substance that was in the white blood cells of pus. He called it “nuclein” and noticed that it was acidic.

One of Miescher’s followers called the same substance “nucleic acid”, as this name was more accurate. Almost a century later, the scientist Rosalind Franklin studied the structure and tried to unravel how DNA works. She succeeded in taking an X-ray photograph of the DNA molecule.

One of her colleagues, Maurice Wilkins, took the photograph without permission to James Watson and Francis Crick at Cambridge University. They were already building a model of the same molecule and published their findings in 1953. For this discovery, they won the Nobel Prize in 1962.

Then, gradually, scientists have made more and more discoveries regarding how DNA works.

DNA is an acronym that stands for Deoxyribonucleic Acid. It is a chemical compound that is in the nucleus of all cells in the human body. It is made up of a set of molecules, which are known as nucleotides.

DNA contains our genetic information. It’s like a kind of manual containing the biological instructions for the way we are and how we function. Genetic information determines the characteristics of each species and each individual of the species.

Ninety-nine percent of the DNA is the same in all human beings. The remaining 1% is what makes each of us unique. Another property of DNA is that it has the ability to replicate itself. This happens when cells divide. Thus, each new cell will have an identical copy of the DNA of the cell that gave rise to it.

As we’ve already indicated, DNA consists of molecules that we call nucleotides. These form chains that intertwine and form a double helix. It’s as if two serpents were intertwined.

Continue reading: What Is Gene Therapy for the Heart?

The structure of DNA

The double helix is divided into several segments, each of which is what we know as a gene. The gene is the basic unit of genetic information. Humans have about 20,000 genes, each of which determines some of our characteristics, such as eye color or blood type.

Likewise, the genes are grouped together and form a kind of package, in the shape of an elongated “X”. These packages are the chromosomes. They contain groups of genes, sometimes hundreds, sometimes thousands. Not all species have the same number of chromosomes.

A fascinating aspect is that each strand of the double helix has the entire genetic code and is exactly the same as the other strand, but in an antiparallel fashion. This means that one has the code written front to back and the other back to front.

The two strands that make up the double helix are held together by the action of four chemicals, which are called bases. Each of these bases is identified by a letter and are as follows:

The linkage between these bases is what determines the characteristics of each gene. However, these bases have to comply with a rule: When one strand has an adenine base, the other has a thymine base. And when one has a cytosine base, the other is a guanine base. If this rule is broken, an anomaly occurs, which is called a mutation.

As we noted earlier, DNA must replicate to transmit genetic information correctly. This process is fundamental and determines how DNA functions. The process is complex, but it can be simplistically summarized as follows:

We hope this article helped you understand a little bit more about the fascinating world of DNA!

Causes of Fibromyalgia: Could it be Hereditary?
Researchers have not yet determined the causes of fibromyalgia. It's a complex disease that's still difficult for scientists to explain. Read more »

Link copied!
Interesting Articles
Anatomy and physiology
A Fracture or a Sprain: What's The Difference?