Different Types of Dystonia in Children

Dystonia is the third most common type of movement disorder in childhood. Therefore, it's important to know what it is and how to diagnose it. 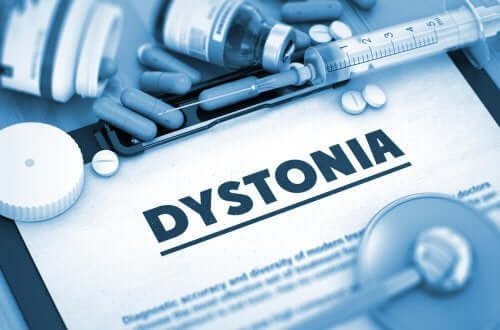 Dystonia in children is a movement disorder that causes involuntary muscle contractions. These contractions cause twitching of the muscles and repetitive movements. This condition may occur due to a genetic mutation, a disorder, or a drug. Some people inherit this condition, whereas others develop it as a result of another disease or taking certain medications.

It’s relatively common in children. According to the Spanish Society of Neurology (SEN), dystonia is the third most common type of movement disorder in childhood. In this article, we’ll explain what it is and how to diagnose it.

Types of dystonia in children

Depending on how many parts of the body they affect, these types of dystonia in childhood can be focal, segmental, multifocal, or generalized. Also, experts classify them according to their cause:

This is the most common type of dystonia in children, and it has to do with specific genetic defects. Within these we can highlight:

These types are produced by mutations of genes involved in metabolism and are much more complex. Pathologies such as Lesch Nyhan disease and Niemann Pick disease stand out here.

These are the types of dystonia produced by other underlying illnesses or diseases. They can occur as a result of infections, tumors, structural defects, toxins, drugs, etc. Consequently, it’s essential to identify and treat the cause correctly.

First of all, doctors should rule out secondary dystonias. To do this, they’ll carry out toxicological and neuroimaging studies, and compile a comprehensive medical history of the patient. Among the imaging tests, computerized tomography and magnetic resonance imaging stand out.

Doctors should also carry out complementary metabolic and genetic studies; these can also include an electromyogram and an electroneurogram. In this way, doctors will be able to define a correct prognosis and treatment.

You may find these article of interest: 6 Interesting Facts About the Human Brain

First of all, for generalized dystonia, doctors will administer anticholinergics; two of the most common are trihexyphenidyl and benztropine. These will reduce spasms by blocking specific nerve impulses.

However, they also have numerous side effects, which can include confusion, drowsiness, dry mouth, blurred vision, dizziness, etc. A mild anxiolytic, such as clonazepam, can often help. If the generalized dystonia is severe or doesn’t respond to medication, then deep brain stimulation can be carried out.

Children with dopa-sensitive dystonia improve significantly when treated with levodopa plus carbidopa. If their symptoms only affect one, or a few, parts of the body, then doctors can inject botulinum toxin into the overactive muscles. This weakens the muscle contraction but doesn’t affect the nerves.

It’s important to consult your pediatrician if you notice any involuntary muscle movements in your child. It may well be that they have a movement disorder such as dystonia.

This condition will usually disappear after a few months without leaving sequelae. However, you shouldn’t ignore them, because dystonias that continue into adulthood can cause permanent disabilities.

Movement Disorders: Meet Athetosis
Athetosis is a rare movement disorders that can come from certain neurological diseases, especially those that involve anatomical or functional damage to the basal ganglia. Read more »
Link copied!
Interesting Articles
Illnesses
Open-Angle Glaucoma: What Does it Consist Of?