It's Possible to Detect Alzheimer's Through the Eyes

Doctors may be able to detect Alzheimer's through the eyes because the eyes are related to your brain and some of its most important activities. 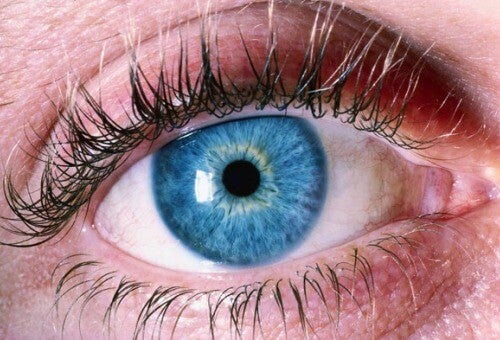 Recent studies conducted in the United States and China have shown that it is possible to detect Alzheimer’s through the eyes. In the following article, we will give you a little more information on this topic that will surely surprise you.

Alzheimer’s disease affects your brain and some of its functions, mainly the cognitive and behavioral functions. That is why it is considered a neurodegenerative disease, suffered mostly by people over the age of 65.

One of the most common symptoms of Alzheimer’s is the inability to acquire new knowledge and use memory. Therefore, Alzheimer’s causes a gradual loss of immediate memory and other mental abilities.

Currently, this disease is the most common form of dementia and is incurable and terminal. From its diagnosis, the disease tends to last ten years.

How Doctors Could Detect Alzheimer’s Through the Eyes

Researchers from Georgetown University Medical Center in the United States and at the University of Hong Kong in China discovered that there is a relationship between the loss of a layer in the eye‘s retina and the onset of Alzheimer’s through an experience done on rats in a laboratory.

In general, this research study consisted of analyzing the retina of said animals, which had been genetically manipulated to develop the disease.

In contrast to other studies that had been done in the past, the scientists measured the thickness of the retina. This included the interior layer and that of the ganglion cells.

By performing the tests in this way, they discovered that the rats that had Alzheimer’s disease experienced a sizeable reduction in the thickness of the analyzed layers. On the other hand, the healthy rats did not show substantial changes in their retinas.

This study is of course not definitive because of how many questions researchers still have about this topic. Nonetheless, it opens the possibility of being able to detect this serious disease through your eyes.

How to Prevent or Reduce Risk for Alzheimer’s

In any case, it’s best to follow some simple recommendations that will probably prevent or delay the onset of Alzheimer’s. For example, you should maintain a healthy lifestyle, exercise, and keep your brain active. It has been proven that exercising your brain helps against cognitive diseases.

For this reason, you should read, learn new things like languages or a hobby, constantly analyze things that interest you, do something artistic or sporty, or write. By doing these simple and everyday activities, you will have fewer possibilities of developing cognitive problems in the future.

If you are aged 65 or over, it is very important to get tests done regularly. That way, doctors can diagnose you if you happen to Alzheimer’s.

If so, there are some options that, although do not cure the disease, enable you to live the best life possible. In fact, there are public programs that inform the patients as well as the family members.