Forget all of the preconceptions you have about depression. Understand that someone who is depressed isn't depressed because it's their choice; it is a mental illness. 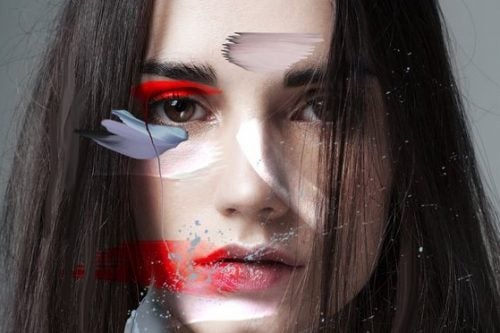 “Yes, you have depression.”   The words your psychologist or psychiatrist may have said to you at one time probably confirm a diagnosis that you already knew long before you sought help. You were able to identify depression signs as they became more and more overwhelming.

Rates of depression keep going up. It’s as if the more social and technological advances our society makes, the more disconnection we have with happiness.

In fact, one common complaint of people facing depression is how mental illness is considered trivial.

It’s like you get the diagnosis and it’s treated with the same importance as if your doctor was telling you that you have high blood pressure or gout.

Sometimes it seems like all of us who are working so hard to get out of our personal black holes inevitably face a social structure that still sees depression as an easy problem to fix with just a trip to the pharmacy.

The fact is that we’re talking about a subject that’s as delicate as it is complex. We invite you to think about it with us. If you’ve ever gone through depression, these 5 signs will be very familiar.

Depression signs no one had to tell you about

One thing that anyone who’s had depression understands, and anyone who hasn’t will not get is that this mental disorder doesn’t happen to you because you gave up or couldn’t face life.

Most of the time depression has multiple triggers.

They may even be biological, due to a deficiency in certain neurotransmitters.

Things Never to Say to Someone Suffering from Depression

2. No, I won’t be better in a month and no, my medication isn’t a placebo

Another false belief people have is assuming that these psychological processes can be resolved with just a few pills.

That’s why you also need the support of your family and friends.

If they keep saying the same old, “How are you? Don’t worry, you’ll be over it by next month,” they’ll just be intensifying your anxiety.

3. I have depression, and it’s not caused by sadness

Associating sadness with depression is a classic mistake. We need to clarify some things:

It’s a very complex and personal maze where sadness is just one pathway in the dark.

How to Show Love to Someone Who Suffers Depression

Another aspect of depression that many people don’t know about is the contradictory feeling of wanting to isolate yourself and be alone but also feeling the need for others at the same time.

This psychological and emotional reality isn’t anything a person with this illness will say out loud.

So it’s essential for those around them to learn to be intuitive, receptive, and supportive in a nonjudgmental way; to be there and to help.

We’re sure there are still some people out there who haven’t experienced the built-up exhaustion, the chronic stress, or persistent insomnia that can gradually lead to depression.

When your body suffers, your mind suffers too and you can’t forget it. Keep these things in mind and you’ll be able to interact with people suffering from depression with more empathy.

Mental Tools to Help Deal with Depression
When we have self control, everything flows correctly. Knowledge of mental tools when we are dealing with depression is a great help in the treatment of psychological conditions. Read more »
Link copied!
Interesting Articles
Illnesses
Nipple Discharge: Causes and Recommendations