To make sure that this recipe for pulpo gallego works perfectly, you mustn't forget to "scare" the octopus, which means boiling it a few times for a few seconds each time. 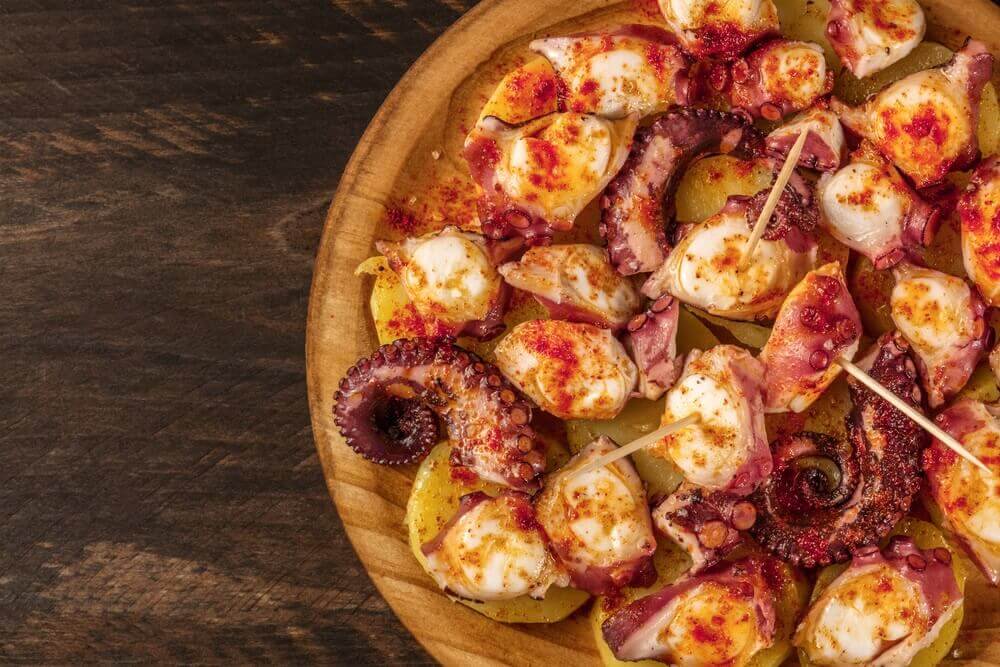 Meals made from fish and seafood are special. They’re so healthy and excellent for the body, as well as being so tasty, that it’s impossible to ignore how important they are for your diet. Today, we’ll share a delicious home recipe for Pulpo Gallego, or world-renown Galician octopus.

You already know that you need to pay close attention to details, not just for this recipe, but also to the nutritional advice and information about the ingredients. This is because what makes this seafood recipe so exceptional is its nutritional value.

This recipe provides your body with powerful nutrients just by including it in your diet now and then. There’s also another good reason to do so: it breaks the routine of eating red meats.

Something else that’s worth thinking about when trying new recipes is the cultural value and where it comes from.

Then, including olive oil and potatoes is a gives a unique touch with the contrast of flavors on your pallet. You’ll have to tell us what you think!

Just follow these steps and instructions and you’ll end up with a truly delicious and traditional Spanish recipe. It doesn’t matter if you already love seafood; this recipe will exceed all your expectations!

A Traditional Recipe for Pulpo Gallego

To make pulpo Gallego properly, you need to carry out a procedure that’s quite curious. In Galicia it’s called “scaring”and it basically refers to a process of cooking the octopus three times.

The octopus is put in a pan of boiling water (preferably copper) and is left for a few seconds and then removed. This is done three times. The idea is to soften the octopus’ flesh and for it to relax to that it tastes much better. This technique also allows the skin to stay on.

These days, it’s served as tapas and is famous right across Spain and around the world.

So, now you know a few details and curiosities about this traditional Galician recipe, all that remains is for you to get going and make it yourself. Let’s see how it turns out!

A Recipe for Pulpo Gallego

What is Lean Protein and How can it Help Your Diet?
Although it’s known for its ability to regenerate muscles, lean protein also strengthens your immune system and is essential for the creation of antibodies Read more »
Link copied!
Interesting Articles
Recipes
Chia Pudding for Breakfast

Who doesn't want to learn great tips for cooking pasta? Mamma mia, who never wants to cook a good pasta dish?! It's one of the most versatile recipes known. It's…