WHO Declares World Emergency Due to Zika Virus

The Zika virus poses a risk to pregnant women and can cause deformities in developing fetuses, like microcephaly. 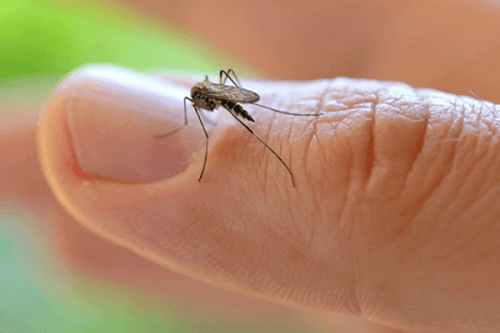 The World Health Organization declared the Zika virus a worldwide public health emergency in 2015. Because the infection is spread by the Aedes aegypti mosquito, it’s been closely linked with increased rates of infants with neurological diseases.

A committee of independent experts from the United Nations helped accelerate the adoption of international measures, as well as the appropriate research.

After an emergency meeting, the WHO committee stated there is a suspected relationship between the virus transmitted by the mosquito and the increase in cases of microcephaly in newborn children. The neurological malformation leads to a deformity in the head and brain, making both abnormally small.

Margaret Chan, general director of the organization, made an appeal to the public warning that, although not scientifically proven, the Zika virus poses a huge threat to world health.

Cases of microcephaly and other neurological disorders and the seriousness of their impact on families constitutes enough of a threat that I have accepted the Committee’s recommendation.

She made a special plea to pregnant women, asking them to avoid travel to specific regions that are considered high-risk countries.

Despite the criticism, she received for taking so long to reach her decision, the WHO assures that it was a difficult issue to deal with.

As Zika itself is not considered a serious disease, its closely linked to microcephaly and other diseases like Guillain Barre syndrome is cause for fear.

Today we want to tell you a little bit about the disease itself, the outbreak, and what’s happening currently with the Zika.

You should read: Top Things that Destroy Your Immune System

When there is a  declaration of a world emergency, it implies greater investment in research and methods of controlling the epidemic as soon as possible.

In this regard, Chan says the priority, for now, is to control the Aedes aegypti mosquito that is responsible for the transmission of the virus.

Once again, the affected countries have to increase public awareness and measures to help reduce the presence of the mosquito.

You are advised to be prepared and increase prenatal care to reduce the risks to pregnant mothers and newborns.

India, currently the country with the most reported cases

Currently, in 2019, the most reported cases of outbreaks of the Zika virus are in Rajasthan, India. So it is recommended for pregnant woman, or women who want to get pregnant, to not travel to this area.

Their partners should be careful as well to not get any mosquito bites if they do travel to this area. This caution is because of the Zika’s link to newborn defects.

If you aren’t pregnant or trying to get pregnant, the WHO sees no reason why to avoid travel, as long as you follow safety measures.

It is recommended to have protected sex. Also, to take mosquito bite-prevention safety measures, such as:

For a long time, Brazil was at the top of the list with the most reported cases. This was not only for infection but also for babies with microcephaly possibly associated with the disease.

It’s estimated that around 1.5 million people have been infected by the virus in this South American country.

20,000 cases were confirmed in Colombia at the last report, 2,000 of which are pregnant women.

Since then, these numbers have dropped.

It spread to 24 countries

The South American Health Organization warned that the Zika virus has affected 24 countries. 22 in countries in America, one in Africa, and another in the Pacific have also been affected.

However, in 2018 and 2019, there have been no reported cases in North America. It can be assumed that this is because of the decline of the Zika virus.

Most importantly, the Aedes aegypti mosquito transmits this disease. Further study is being done to determine if the disease can be spread by other means, like sexually, for example.

Man Saves Millions of Babies with Rhesus Disease
He's known as "the man with the golden arm" and his blood has saved the lives of millions of babies with a condition called Rhesus disease. Read more »
Link copied!
Interesting Articles
Did you know?
New Year's Traditions Around the World