It's normal for newborn children to cross their eyes occasionally. However, if it goes on beyond their first four months of age, it may be strabismus. Fortunately, early diagnosis significantly improves a crossed eyes prognosis. 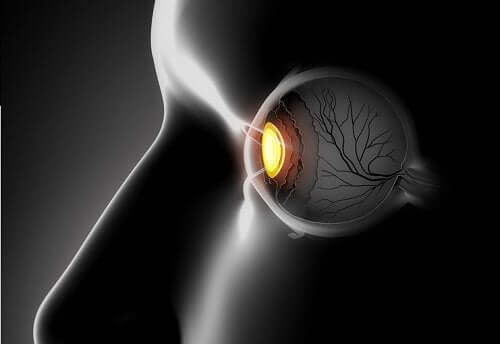 Crossed eyes, also known as Strabismus, is a condition that usually appears right after birth. However, the prognosis is excellent if the condition is diagnosed and treated before the age of four.

Essentially, this condition happens when the eyes can’t properly focus at the same time when looking at an object. Sometimes, this problem is easy to detect. However, many other times it requires a specialized diagnosis. In most severe cases, it doesn’t only impact someone’s vision, but also their looks.

Brain plasticity is decisive in the development of vision. The brain has greater plasticity before the age of four. This is why it’s so important to detect crossed eyes early in life, as it’s the best time for full correction.

What Are Crossed Eyes?

Crossed eyes are an alteration in the alignment of the eyes. It leads to the loss of parallelism – that is, the possibility that both eyes point in the same direction when focusing on an object.

It’s common for crossed eyes to appear right at birth or pretty soon after. This is due to a deficiency in the functioning of the eye muscles. They fail to maintain balance and, therefore, lack eye coordination.

There are times when the condition remains stable and there are no major variations in their vision. However, other times, they fail intermittently. This is mainly when a person is tired, nervous or ill. Also, it may occur when an object is at a certain distance from the line of vision.

In almost all cases, one of the eyes has greater visual acuity and can point to the forefront. The other eye is not as sharp and remains in a non-parallel position.

There are several degrees of strabism that depend on the soft of deviation a person has.

You may be interested: Ten Exercises and Foods for Good Vision

Keeping in mind this basic distinction, there are four types of crossed eyes depending on the angle of deviation the eyes might have (especially the non-dominant one).

The types of Strabismus are:

The Symptoms of Strabismus

In principle, it’s not abnormal for a newborn to occasionally cross their eyes. Despite this, by three or four months of age, the child should be able to focus on the objects they look at with perfectly aligned eyes.

The common symptoms of strabismus are:

In milder cases of strabismus, a child may close one eye when there’s sunlight. They may also tilt their head to be able to hold their gaze. It’s also common for these children to do poorly at school due to their vision problems.

Eventually, between 30% and 35% of people with crossed eyes lose vision in their non-dominant eye. This is known as amblyopia or lazy eye. When strabismus occurs in adulthood, it’s also common for them to have a double vision.

Discover: Why Do You Suffer from Blurred Vision?

The goal of treatments for this condition is to prevent the non-dominant eye from losing visual acuity and for both eyes to align as best as they can. These treatments are for strengthening the eye muscles so that the deviation either decreases or disappears.

It’s common to prescribe the use of glasses and some eye exercises to strengthen the muscle. In the case of amblyopia, the indicated treatment is total occlusion. This means putting a patch on the dominant eye to force the other to increase its sharpness.

In the most severe cases, the treatment may involve surgery. This is to weaken some muscles and strengthen others by either modifying their insertion or to shorten one of them to align them. This form of treatment requires several surgeries.

6 Tips for Improving Your Vision Without Surgery
Improving your vision is possible, you just have to do these easy exercises every day. You'll start noticing results in no time! Read more »
Link copied!
Interesting Articles
Treatments
Myths about Breast Surgery