Bethany's case shows that school bullying can be tougher than cancer and its aftermath. We need to combat bullying by focusing on the root of this problem. 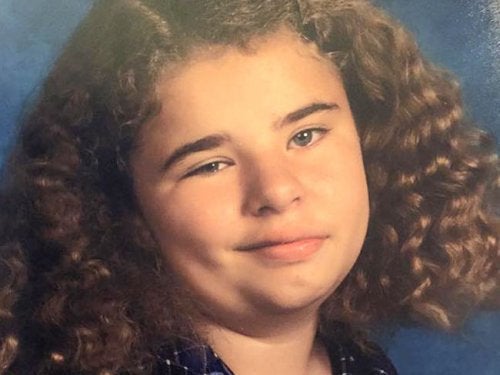 A parent’s worst fear is that their child develops cancer. Treatments, side effects, and the ramifications of all of that. Everything scares the parent, not only the possibility of death. Aside from medical issues, school bullying can be one of the most dangerous problems children face.

In spite of everything, every day more children show us that they have the strength to overcome cancer, even though it’s a great obstacle. However, there are other circumstances, such as school bullying, that can destroy children. This is what happened in Bethany’s case.

This 11-year-old committed suicide after being the victim of school bullying for years. The bullies were always on the lookout, looking to attack anyone different from them and Bethany turned out to be the perfect victim.

Although she beat cancer at 3, it left a mark on her: a crooked mouth. That was enough for some of her schoolmates to start mocking her mercilessly.

She endured it as best she could. For instance, she told her parents and the school about the bullying. However, despite the school’s efforts and those of her parents, nothing changed. Then, she decided to commit suicide.

Bethany and her friend reported the school bullying with posters

Recovering from such a serious illness at such an early age leaves a mark on you.

Every day and every second is a struggle against death when you have cancer, so you quickly learn that you have to approach life head-on. It’s better if you have people supporting you along this journey.

This is why she turned to an ally after being tired of resisting the taunts of the other children. This was her best friend. They armed themselves with posters that said “friends, not abusers,” so that the board of directors of the school heard them once and for all.

They couldn’t deny the existence of the problem, now that it was so evident. The school’s answer was clear: we can’t and won’t do anything.

This action was the last straw for Bethany’s parents. Aware of the problem, they contacted the school, hoping that members of staff could take care of their daughter.

No solution from the school

Bethany’s parents expressed their worries to the school, but still, the administrators did nothing. Statements from the school confirm this. According to the school, they were aware of the problem before that last day of Bethany’s and her friend’s protests but didn’t know how to handle it.

They never imagined the suffering that the school bullies were inflicting on Bethany.

Bethany saw how they ignored her complaint. She had probably already made her mind up by the time she got back home. She knew that her stepfather kept a gun and used it to end her life.

School bullying was tougher than surgery, chemo or radiotherapy, and that crooked smile full of life, which was the result of beating a brain tumor.

The bewilderment of being attacked by her classmates, the solitude to which the school condemned her, and the failure of an entire system that allows bullies to continue bullying, extinguished the light from her eyes.


According to statistics from the NGO Save the Children, located in Spain, 9.3% of children say they’ve suffered from this problem, while 6.9%  say they’ve been a victim of cyberbullying.

This leads us to wonder what’s going on.

In a world where children and teenagers have access to information unimaginable years ago, it’s striking how school bullying victims remain the same: those who aren’t considered normal.

Teachers point out that it’s impossible for them to educate children properly with such big classes. Additionally, they say they have increasing bureaucratic obligations and more demanding but absent families.

The conditions and working hours of teachers are almost incompatible with providing a solid base of values. Teachers, on the other hand, do not feel that this is their role or that they have a chance to do so.


Perhaps it’s time to change this phenomenon, as well as to listen to the bullies themselves.

What must be going on in a 10-year-old’s mind to make them bully another person? Why do they try to build themselves up by crushing others? Don’t bullies also suffer because they have so much rage and aggression inside?

Perhaps if we pay more attention to this and create a system in which schools and families can play their respective roles, we can design a comprehensive care plan that ends school bullying—a scourge that may be more violent than cancer.

6 Childhood Emotional Wounds
Many are affected by experiences from childhood. Read the following article and find out how to avoid emotional wounds for your children. Read more »
Link copied!
Interesting Articles
Beauty
Things to Consider for the First Time at the Spa