The possibility of coronavirus reinfection after the having been ill with the disease is a debate that has been going on since the beginning of the pandemic. We'll discuss all the updated information about the subject in this and future articles. 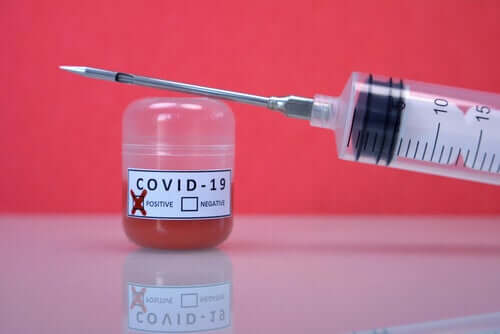 The possibility of coronavirus reinfection is in the spotlight of media and laboratories around the world. Understanding the disease is essential to fighting it.

Data such as the incubation period and its survival time on different surfaces are becoming increasingly clear and allow us to implement specific measures. Still, we continue to face a major dilemma in the face of this pandemic: Can a recovered person be reinfected?

This question is not only essential to prevent contagion, but also to predict the long-term dynamics of the pandemic. The most widely-used epidemiological model, the CRS model, doesn’t consider the possibility of coronavirus reinfection. It assumes that a recovered person is immune to the disease and cannot transmit it to other healthy people.

If this parameter varies and a recovered person can be reinfected within a short period, then the current predictions wouldn’t represent the real future scenario. In this article, we’ll tell you what we know so far on the subject.

Bad news arrived from Asia recently. Official sources in South Korea warned that, as of April 12, they have had to readmit 111 people to hospitals who they thought were already cured.

The immune system recognizes the harmful antigens that enter the body and remembers past infections. We call this “acquired immunity.” Once the body remembers the pathogen, subsequent exposures to it should allow our bodies to act quickly to eliminate it, thus preventing re-infection.

In other types of coronaviruses, experts have detected immunity for months or even years after the disease has been overcome. So how are the figures for South Korea possible?

In an interview with Time magazine, doctor David Hui, who specializes in respiratory diseases such as SARS and MERS, tells us that this may be due to detection failures. “The sample may not be the right one and the test may not be sensitive to the disease”, he says. Thus, an infected person could test negative because of human error.

Find out more: How Long Will a Coronavirus Vaccine Take?

Viruses use human cells to multiply. They hijack our replication mechanism and use it to replicate themselves, multiplying their genetic material. Based on this, we have another theory to explain “reinfection” so early.

The most sensitive tests could detect traces of the virus’ RNA in our body, even if the disease has been overcome. This remaining RNA may sound some alarm bells, but experts consider that this possibility is so small that there’s no real danger of contracting the disease again.

A study in China with more than 250 recovered patients gave the following results:

This may support the theories described above. There may still be genetic information about the enemy in our bodies, but that doesn’t mean we’re still sick.

To find out more: Coronavirus Detection: What’s a PCR Test?

Are we immune to coronavirus after infection?

The answer is tough but simple: it’s too early to know. We’ve known about this disease for just over four months, and so there’s just not enough information about immunity to the virus.

Even so, preliminary studies provide hopeful information. One study conducted with monkeys showed that after overcoming the disease and exposing them to the virus again, they were not re-infected. However, at no time should these data be taken as an absolute fact, as they are studies carried out on a different species and have not yet been officially published.

Despite all these reservations, there’s no reason for negativity. Human beings have an excellent immune system that has already proven effective once exposed to similar diseases, such as SARS.

Prevention is the best cure

Given this lack of information, the only thing we can do is to prevent the possibility of infection in the first place. Measures such as social isolation, increased teleworking, and border closures aim to minimize exposure to the virus.

This is the key to the current situation. By following the imposed measures, we gain time and allow researchers to predict and combat the virus more easily.