What are Compulsive Shoppers Running From?

Compulsive shoppers are trying to fill an internal void by spending money and acquiring money, clothes, and things they don’t need. The problem is that their inner emptiness never actually disappears. 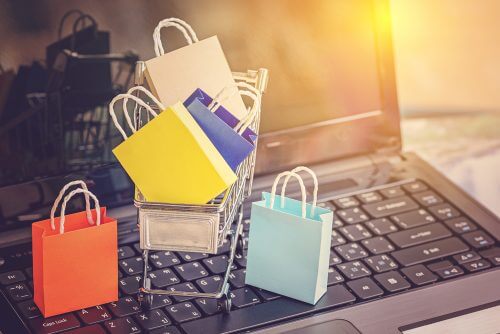 Compulsive shoppers are people who go out to buy things, many of them unnecessary, regardless of whether or not they’ll use them.

In this way they accumulate various objects or gadgets at home that they’ve since abandoned, because the satisfaction is derived from the purchase, not from what the subsequent use will actually be.

You might think that compulsive shoppers are immature people who don’t know how to manage their money properly.

The truth, however, is that behind this act we so often deride is a person who may be suffering a lot.

The hidden suffering of compulsive shoppers

Compulsive shoppers use shopping to distract themselves. It serves to fill their lives. They may believe there’s a terrible emptiness, or be trying to escape from a situation in which they feel trapped.

This is an act that is carried out compulsively, without thinking and provoking feelings of guilt that will come later.

Many of them are even aware of the deeply negative consequences of being surrounded by a lot of useless items, and very little money left in their wallets.

Sometimes, it’s just a stage that will pass and then be forgotten. Other times, however, the situation can persist for a long time, covering up a suffering that hasn’t been resolved.

Discover: Being alone hurts, pain can help you heal

What should compulsive shoppers do? If you’re not able to or don’t want to ask a professional for help, you need to look inward. Find out what it is that has led you to adopt this behavior and resolve it.

However, the big problem is that it’s very painful to face what’s hurting you.

This means that you’re constantly trying to escape from that through shopping.

Are you a compulsive shopper?

You might be wondering if you’ve ever been a compulsive shopper, or if someone you know is suffering from this impulsive disorder.

If so, here are some of the characteristics of people who could be considered compulsive shoppers.

1. They buy things they’ll never use

As we mentioned above, compulsive shoppers usually purchase lots of things that they don’t really need. It’s normal for those items to be forgotten and never used.

The consumer society in which we live uses advertisements, the latest models, and clever branding to urge shoppers to buy what they don’t need. This can doom a compulsive shopper even more easily.

2. Spending money is a path to ruin

Just as a problem gambler winds up spending their money until they run into debt, the same can happen with compulsive buyers.

In fact, it’s a danger for them to even own a credit card. They can rack up debt with the creditor that they later won’t be able to pay back.

3. Sales are an incentive

In the same way that ads urge a compulsive shopper to buy things, sales are also a danger, because they often wind up spending larger amounts of money.

The savings that they perceive aren’t so substantial when they buy countless articles of clothing, accessories, and other things that cause the final total to climb well above what they can afford.

Before you leave do not miss: Self-esteem, the key to happiness

Though it might not seem obvious, compulsive shoppers have very low self-esteem. They may even suffer from depression, on occasion.

That’s why it’s very important to recognize the signs of this disorder, which almost always leads to self-destructive behavior.

A compulsive shopper enjoys the act of purchasing, but their self-esteem goes down afterwards.

They know what they’ve done and that their savings have gone reduced. Nevertheless, it’s still an impulsive behavior that they can’t seem to stop.

Often times, they’re trying to cover up a deep pain that must be dealt with head on.

Although it hurts, although it’s hard, it’s necessary to continue to allow it to control you. Everything that’s making you suffer will still be there, even if you close your eyes to try not to see it.

It’s time to be strong enough to face it and process it healthily.