Choline: An Essential Nutrient with Many Benefits

Choline is an essential nutrient and it is fundamental for the development of the nervous system. Among its many benefits, it helps improve cognitive functions. 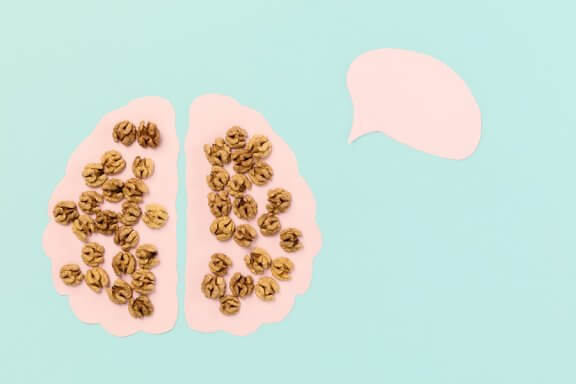 Choline is among the vitamins and minerals that we need to ingest every day. It’s considered part of the vitamin B group. While it is not as well-known as other minerals and vitamins, it’s important to include it in yout diet because it’s an essential nutrient.

Keep reading to learn more about this vitamin and its many benefits!

As mentioned above, this vitamin is considered part of the vitamin B group (B1, B2, B3, B5, B6, B7, B9, and B12). Both the brain and the nervous system need it to help with memory, regulate mood, and control muscles, among other things.

It’s also needed to form the membrane that surrounds the cells of the body. While the liver can produce it in small amounts, we mainly receive it from the food that we eat.

The Benefits of Choline

Similar to vitamin D, this vitamin plays a fundamental role in the absorption of calcium because it helps omega-3 fatty acids and the vitamin B group function correctly.

The various benefits of choline are listed below:

As with any activity, the brain needs to be able to communicate well with the muscles. If you don’t have enough choline while exercising, it can delay the message from the brain to the muscles.

This can cause the body to become more quickly fatigued.

2. It aids in the health of the liver.

Choline helps move fats outside of the liver, therefore, helping to prevent liver diseases.  It also helps the liver preform its basic tasks like filtering, detoxifying, and converting food into energy.

3. It may help prevent premature aging of the brain.

New scientific research focuses on the impact that choline could have on cognitive deterioration as people get older. Scientists theorize that it may help prevent premature aging of the brain.

Discover: 9 Nutrients for a Strong and Healthy Heart

Since it’s an essential nutrient, it is important to know which foods contain this vitamin and add some of them to your daily diet.

A new study released by Arizona State University in the United States explores a safe and simple treatment for one of the most devastating illnesses: Alzheimer’s disease.

The researchers, together with the support of the Neurodegenerative Disease Research Center (NDRC), studiedthe effects of choline on cognitive functioning. Overall, they discovered that it proves promising in combating the memory loss of diseases like Alzheimer’s.

The study focuses on mice that are raised with similar symptoms to Alzheimer’s disease. The results show that when the rodents receive high quantities of choline in their diet, their offspring have better special memory in comparison with the mice who were born from mothers that had a diet with normal choline intake.

In this way, the beneficial effects of this vitamin appear to be trans-generational. The effects appear to not only benefit those that receive it in the womb and through lactation, but also their subsequent offspring.

We also recommend: The MIND Diet: Eating to Lower the Risk of Alzheimer’s

Choline During Pregnancy and Lactation

Various food and nutrition institutes and research centers have confirmed that choline is an essential prenatal supplement. During pregnancy, choline intake by the mother affects the development of the brain and memory of the baby.

Women who are pregnant or lactating should make sure that they are eating their daily suggested amount of choline. Added supplements are usually not needed if a person is eating a healthy and well-balanced diet.

Consuming too much choline may result in body odor similar to fish, excessive sweating or salivating, low blood pressure, and predisposition to liver injuries or diseases. Some studies have shown that an excessively high intake of choline can also increase the risk of heart disease.

Keep in mind that these side effects are if too much choline is consumed. Remember that choline is an essential nutrient for our bodies, which only benefits our bodies when eaten in healthy amounts.

We Could be Getting Closer to Creating an Alzheimer’s Vaccine
The discovery of a vaccine against the progress of Alzheimer's, which has no side effects could become available to those affected by it in just 3 years. Read more »
Link copied!
Interesting Articles
Nutrition
Symptoms and Causes of Hyperpotassemia