What Are the Characteristics of Progressive Ossifying Fibrodysplasia?

Progressive ossifying fibrodysplasia is a serious and disabling disorder of the connective tissue. It's characterized by congenital malformations of the big toe of both feet and a progressive ossification of the soft tissues: skeletal muscles, tendons, fascias and ligaments. 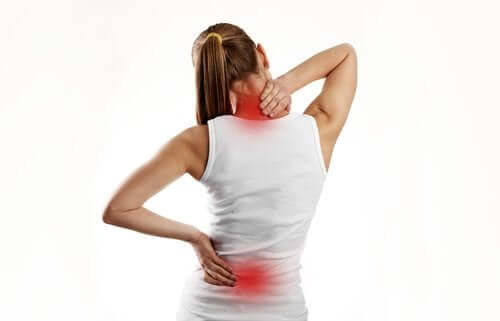 Progressive ossifying fibrodysplasia is a dominant genetic pathology. In other words, it’s the result of the mutation of a gene that at least one of the parents passes on to their child.

This is a rare disease since its worldwide prevalence is approximately 2/1,000,000. It doesn’t have racial, geographic, or gender variations.

The ossification of the extraskeletal tissues takes place in flares from childhood. At birth, children suffering from this disease present congenital malformations in the big toes of both feet.

During the first decade of life, the soft tissues become bone, generating the progressive loss of mobility.

The first flares usually occur in the areas near the spine (neck and shoulders) and spread to other joints and muscle groups (hip, elbows, and knees). They’re often triggered by an injury to the tissue in question, intramuscular injections, or viral infections.

The symptoms of progressive ossifying fibrodysplasia usually begin between the ages of four and six. The evolution of the disease is variable and there are periods of latency and aggravation. Patients suffering from this pathology describe the following symptoms:

Some patients present these characteristic features, along with more symptoms generally not associated with this disease, such as the following:

Flares occur when the ossification of soft tissue begins. During these periods, patients may experience a low-grade fever and widespread discomfort. Also, they may experience severe pain and swelling.

The duration of these flares varies depending on the amount of tissue being transformed into bone. However, they generally last seven to nine weeks.

Most of those who suffer from this disease report relief once the flare is over. This leads us to believe that the pain is the result of the formation of the bone and not by the newly formed tissue.

The diagnosis of progressive ossifying fibrodysplasia takes place through clinical evaluation. Radiographic techniques can confirm more subtle abnormalities in specific areas, but it’s the genetic tests that confirm the diagnosis.

It’s important to make a correct differential diagnosis so as not to confuse this pathology with other ones of similar characteristics. For example, progressive bone heteroplasia, lymphedema, osteosarcoma, soft tissue sarcoma, or acquired heterotopic ossification.

Currently, there’s no definitive treatment for this disease. However, affected patients must follow a series of preventive guidelines and adequate pharmacological treatment to alleviate pain.

In the presence of flares, doctors usually prescribe high doses of corticoid drugs, in periods of 4 days, starting 24 hours after the onset of the outbreak. In that sense, the goal is to reduce the inflammation and tissue edema that are typical of these phases.

As we mentioned, trauma can trigger flares. Therefore, it’s important for patients to avoid any trauma to the muscle by applying preventive measures against falls and blows. For example, improving safety at home, using special protection for physical activities, etc.

What’s more, physical therapy can help reduce a patient’s pain, but it should be gentle and always led by a health professional. Also, cryotherapy is common in order to reduce the pain of flares.

Finally, in cases of maximum need, doctors may resort to surgical procedures and intramuscular injections.

On average, the life expectancy of individuals with progressive ossifying fibrodysplasia is approximately 50 years. Most patients lose mobility during the second decade of their lives and die from complications of thoracic failure syndrome.

Currently, research on treatments for progressive ossifying fibrodysplasia aims to delay the ossification of tissues. In fact, clinical trials are underway involving drugs that, used in perfusion at the beginning of flares, could inhibit soft tissue calcification.