Characteristics and Uses of Ketorolac

Ketorolac is a substance used for the short-term treatment of moderate to severe postoperative pain or for the treatment of pain caused by kidney colic. 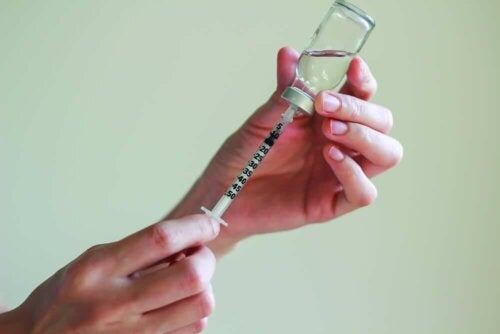 Ketorolac trometamol is the active ingredient of the Tekac and Toradol medications that belong in the group of analgesics, anti-inflammatories, and antipyretics.

Furthermore, this drug is for the short-term treatment of moderate to severe postoperative pain or for the treatment of pain caused by kidney colic.

Characteristics and uses of ketorolac

This drug inhibits the activity of cyclooxygenase and therefore the synthesis of prostaglandins. Thus, it has a lower anti-inflammatory effect than other NSAIDs at analgesic doses.

Ketorolac trometamol is available as an injectable solution and as tablets for oral intake:

How to use ketorolac

People must adjust the dose of ketorolac tromethamine according to the severity of pain and patient response, aiming to deliver the lowest effective one.

Treatment with trometamol ketorolac should begin in a hospital setting. In general, its maximum duration shouldn’t exceed 2 days. However, the total duration of treatment shouldn’t exceed seven days in the case of subsequent oral administration.

Professionals recommend a single dose of 30 mg parenterally for the treatment of colicky kidney pain. In most patients, treatment with ketorolac through the parenteral administration route should provide adequate relief.

In addition, people may use it in conjunction with opioid analgesics when the maximum recommended doses of ketorolac aren’t enough to relieve the intensity of the pain.

Check out these Seven Remedies that Relieve Carpal Tunnel Pain

This drug has a number of contraindications, among them:

Other contraindications are pregnancy, childbirth, breastfeeding – children under 16 years shouldn’t take it either. In addition, people using ketorolac should avoid other NSAIDs, ASAs, and anticoagulant therapy.

Possible side effects of ketorolac

Ketorolac in tablet form may have adverse gastrointestinal side effects such as peptic ulcer, perforation, or gastrointestinal bleeding. Thus, it could be deadly, particularly in vulnerable elderly people.

Other adverse effects may include:

There may also be inflammation of the stomach along with bloody bowel movements and worsening of ulcerative colitis and Crohn’s disease.

Do you know How to Reduce a Fever Naturally at Home?

Other disorders that may be triggered by taking this medication include:

The risk-benefit balance of ketorolac can be favorable as long as people strictly adhere to the authorized conditions of its use. In other words, people who use it must comply with the indications, dosage, and duration of treatment indicated by their physician.