What Are Chakras and What Are They For?

Chakras are points of energy which, when perfectly balanced, can help us develop our vital energy. In turn, that energy helps us to achieve better overall physical and mental well-being. 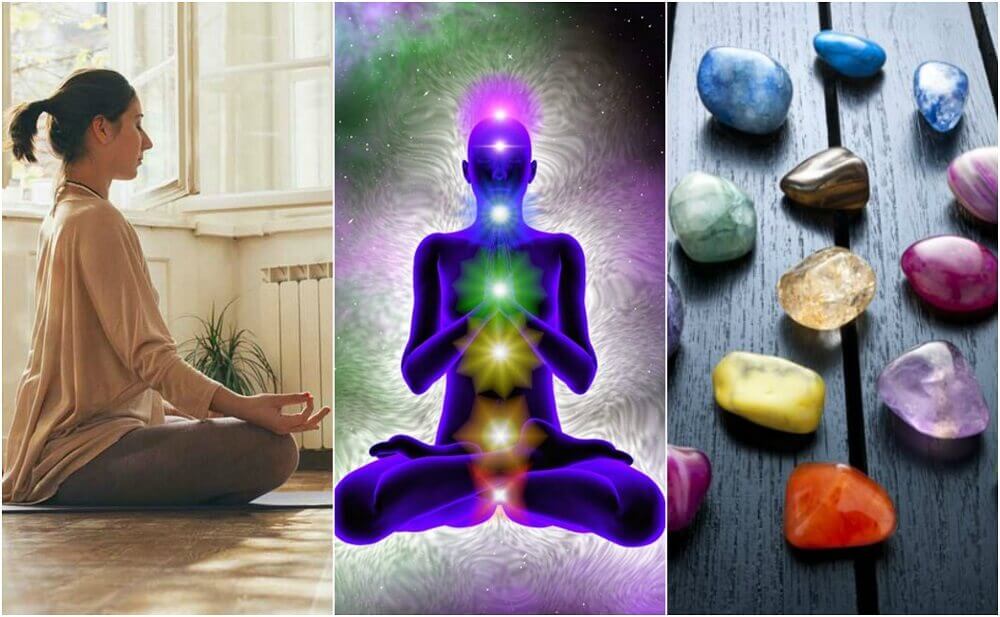 In the last few years, many people have become interested in a wide variety of alternative oriental therapies, which are recognized for promoting well-being. While evidence to support the efficacy and safety of these therapies is limited, the testimonies of those who have tried them have awoken the interest of many patients. In this article, we want to take about chakras and their usage.

According to sources such as Wikipedia, the concept of chakras is based in the early traditions of Hinduism, and denotes the focal points in the subtle body, which extends from the perineum up to the crown. According to Hindu tradition, there are seven in total, and each one has its own energy vibration which is associated with different aspects of life and health. Let’s find out more!

What are chakras and how do they work?

The term “chakra” comes from Sanskrit and means “circle” or “disc.” According to Hindu beliefs, the chakras are 7 centers of energy that are found in different parts of the human body. They function as regulator “valves” that help the energy flow through your body. Depending on their location, they vary in their strength and speed.

In India, they believe that inhaled air, or “prana energy,”  runs through your body, giving strength to the different points of energy. Chakras receive, accumulate, and distribute prana energy to optimize the functions of various parts of your body.

Since ancient times, the chakra system has played an important role in energy therapies, with many believing that it may help to treat certain pains and health conditions.

However, although there have been a number of studies surrounding this subject, such as this recent investigation published in Global Advances in Health and Medicine, there is insufficient concrete evidence to confirm that it is useful in treating disease.

According to this investigation, the chakra system is related to the endocrine system in the body. As we already mentioned, it is based on 7 centers of vital energy, which are mainly found along the spinal column.

When they’re working properly, the chakras provide energetic information to the body, allowing it to create a global information system. This, in turn, is thought to have an impact on your general well-being. However, further investigation is required to determine if this type of therapy really can help to combat sickness and disease, using the “subtle energy” generated by these chakras.

Despite the lack of evidence, chakras continue to be one of the most popular forms of alternative medicine, and are often used as adjuvant therapy when treating problems associated with the glands mentioned above. According to Hindu and Buddhist texts on the subject, these energy points are also associated with certain emotions.

1. Muladhara or the root chakra

2. Swadhisthana, or the Sacral Chakra

3. Manipura, or the Solar Plexus Chakra

4. Anahata, or the Heart Chakra

5. Vishuddha, or the Throat Chakra

6. Ajna, or the Third Eye Chakra

7. Sahasrara, or the Crown Chakra

Visit this article:6 Keys to Finding Your Soulmate

The chakra system is an important resource in oriental medicine, and gives us an alternative way to promote well-being. However, given the lack of evidence, it’s important to consider it as a therapeutic remedy, rather than a primary treatment option against disease.

To find out more about the benefits of chakra, it’s best to seek advice from an expert. It is often combined with other health therapies, such as yoga, quartz baths, and deep breathing exercises.

How to Heal Your Chakras
Chakras are channels of energy that run through your body. Life and health flow through them. Learn how to heal your chakras in this article. Read more »
Link copied!
Interesting Articles
Healthy mind
How to Help a Person Who's Suffering From Anxiety