Cerebral herniation or brain herniation is a term that is used in medicine to refer to the displacement of brain structures. 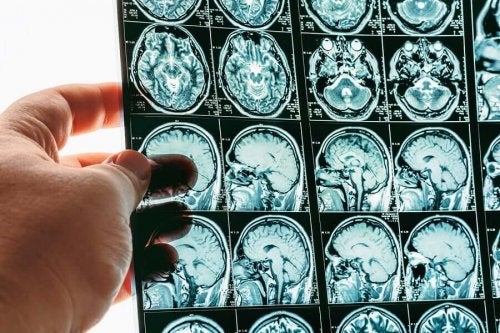 A cerebral herniation, or brain herniation is a displacement of tissues in the brain. This means the brain tissue along with the blood and lymphatic vessels and cerebrospinal fluid move in an abnormal way.

The development of a hernia in the brain can bring serious consequences for the patient. Depending on the affected zones, the patient can show different symptoms or signs of this change.

Most common symptoms of cerebral herniation

A patient with a brain hernia can show a series of symptoms, such as:

At the moment, researchers haven’t been able to identify the process of brain hernias. However, some research indicates that this change appears due to an increase in pressure on an area of the brain.

Such an abnormal increase in pressure inside the brain would end up suddenly displacing other tissue.

On the other hand, a team of doctors has indicated the possible causes or triggers of a brain hernia. Therefore, among the most common causes are:

First, the team of specialists should check the symptoms that the patient has developed. To do that, they can do different physical tests along with a review of the patient’s clinical history.

Later, they should identify the causes of increased intracranial pressure. In general, they do tests to obtain internal images of the brain area. To this end, the most used techniques are x-rays, magnetic resonance imaging (MRI), and computed axial tomography (CT or CAT scan).

We hope this article has answered all of your questions, and don’t hesitate to go to your local specialists to get more information on this topic.

Cerebral Hypoxia: Types and Causes
Cerebral hypoxia occurs when the flow of oxygen to the brain is less than what's considered normal. A normal flow of oxygen allows the brain to function. Read more »
Link copied!
Interesting Articles
Illnesses
Types of Waterborne Diseases